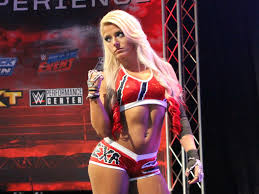 World Wrestling Entertainment (WWE) has revealed it will be testing out virtual reality at some of its shows in 2018. The virtual reality experiences will be ten minutes in length and be available for free to fans on a new WWE channel within the NextVR app after each participating event.

Fans will be able to see highlights from the biggest events in virtual reality as if they were there live with a Samsung Gear VR headset or Google Daydream View, along with a compatible smartphone, PlayStationVR or Windows Mixed Reality in order to download the Next VR app.