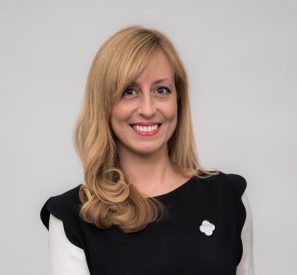 Previously Head of Media Relations, Ecuer has a proven track record both in communications and the aeronautical and space industries, where she has gained most of her professional experience. She began her career at Thales’ communications department before joining Itron in 2011 as Head of international press relations.

She has an extensive knowledge of Eutelsat, having joined its Corporate Communications Department in 2012. She was entrusted with various communications projects and worked as Head of media relations. She holds a degree from Science Po Grenoble and from CELSA, a French graduate school in communications and information sciences. She has also completed a programme at HEC Paris.

O’Connor joined the Eutelsat in March 1988, following an extensive journalistic career, specialising in cable and satellite communications, including a spell working for titles published by Advanced Television’s Editor-in-Chief and Publisher, Nick Snow.

During her time at Eutelsat, O’Connor saw the transition of the operator from an NGO owned by Europe’s PTTs, through to a PLC, and subsequent successful IPO. She inaugurated the renowned Eutelsat TV Awards and became the public face of Eutelsat to the press and analyst community.