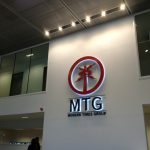 International digital entertainment group Modern Times Group (MTG) has agreed to accept a €2 billion bid from Danish telco TDC that will see it merge its Nordic Entertainment and MTG Studios businesses with TDC Group, in order to create what the pair say is Europe’s first fully-convergent media and communications provider with an enhanced and integrated consumer offering. The deal would see MTG hand over about four-fifths of its assets, it is backed by the Kinnevik investment group that controls nearly half of MTG. TDC shares sank 11 per cent on news of the deal.

TDC Group will issue new shares and pay cash as consideration for MTG Nordics, and the newly issued TDC Group shares will be distributed to MTG shareholders immediately upon completion of the combination. The companies say combination is expected to create substantial synergies, an improved growth and earnings profile, and higher shareholder returns. Following the combination, MTG will focus its resources on the expansion of its remaining global digital entertainment operations in e.sports and gaming.

The combination implies a valuation of MTG Nordics of SEK 19.55 billion (€2bn) on a cash and debt free basis and is based on the latest 10 trading days volume weighted average share price of the TDC Group share. The valuation corresponds to 11.1x FY2017 EBITDA. MTG will also receive an additional cash component corresponding to the pro rata share of TDC Group’s announced 2017 dividend of DKK 1.05 per share, equivalent to approximately SEK 430 million in additional cash proceeds to MTG.

The combined company will have a new name and brand, and will provide an attractive integrated consumer offering in Denmark and Norway with a pan-Nordic footprint – comprising fixed line and mobile telephony, broadband internet access, TV distribution and streaming services.

The current CEO of TDC Group, Pernille Erenbjerg, will become the CEO of the new combined company, while MTG Executive Vice President Anders Jensen will become Deputy Group CEO. The other management positions will be confirmed on completion of the combination. TDC Group Chairman Pierre Danon will become Chairman of the combined company. MTG is entitled to nominate two new Board members in TDC Group and MTG CEO Jørgen Madsen Lindemann will be proposed to take up one of these seats.

Following completion of the combination, MTG will continue to be listed on Nasdaq Stockholm and will primarily comprise a portfolio of high growth digital entertainment operations focused on esports, online gaming and digital video content, as well as other media holdings. MTG is well positioned for the planned continued expansion of its digital entertainment operations, which will be financed by the cash received in consideration for MTG Nordics and the ongoing transformation of MTG.

David Chance, MTG Chairman of the Board, commented: “This combination creates a first of its kind attractive new proposition for both consumers and shareholders in the Nordic region. MTG has a long history of being at the forefront of change, and this combination is further evidence of our commitment to shaping the future of entertainment and creating value for our shareholders. Not only are we creating a leading provider of integrated high quality consumer products in Denmark and Norway, with the opportunity to expand and integrate its existing Nordic operations, but we are also creating the first fully convergent media and communications provider in Europe.”

“Convergence is a reality and the development of ever improving consumer products requires ever closer and deeper partnerships between content creators and network operators, which is why this combination will provide the brightest future for our Nordic businesses. This combination will create substantial value for MTG shareholders through the synergies, development potential and cash flow generation of the combined large-scale entity, as well as through the accelerated and focused development of our exciting and fast growing global digital entertainment operations.”

“We have enjoyed a long and successful partnership with TDC Group, so we know each other well and understand the value that this combination will create for all stakeholders,” added Jørgen Madsen Lindemann, MTG President and CEO. “Substantial synergies will be unlocked through the combination, and our joint consumer offering will be better, broader and even more available than ever before. The combined company’s growth ambitions will be supported by a strong balance sheet and enhanced cash earnings, investment and distribution capabilities. “

“Together, we will have an enhanced platform for the development of the Nordic Entertainment and MTG Studios businesses, which have performed so strongly over the past year and will be led into this exciting new combination by MTG’s Anders Jensen, who has a successful track record in both the media and communications industries. MTG will then focus entirely on building out and adding to our global esports, online gaming and digital video content operations. The regulatory review of the combination is expected to conclude in the second half of the year, so it is business as usual for now with full focus on MTG’s ongoing strategic transformation and profitable growth story.”

Pernille Erenbjerg, Group CEO and President of TDC Group, commented: “I am very pleased to be announcing the combination of TDC Group and MTG Nordic Entertainment and MTG Studios. The businesses are highly complementary and will allow us to provide our customers with great quality content and much more flexible next generation entertainment solutions. This company will be the first of its kind in Europe.”

The combination of MTG Nordics with TDC Group will create Europe’s first fully convergent media and communications provider. The companies’ combined and highly complementary networks and products will reach all the 10 million households in the Nordic region. The combination brings together TDC Group’s unmatched direct to consumer offerings in mobile, broadband and TV distribution with MTG Nordics’ content production, broadcasting and streaming services. The combined company will also have a prominent Nordic portfolio of third-party content partnerships. In combination, the two companies will have 2.8 million TV subscribers in Sweden, Denmark, Norway and Finland. Consumers will benefit from some of the markets’ most widely recognised and top performing entertainment brands, including Viasat, Viaplay, Viafree, YouSee Tv & Film and Get Play.

The combined company, which will be the most attractive producer and acquirer of entertainment content in the Nordic region, will secure and invest in the availability of local content through a wide range of linear and on demand storytelling entertainment products. The combined entity also expects to expand its footprint across the Nordic region to provide its integrated product offering in more territories. The combined company will use its extensive customer insights and more than 1,000 technology developers to pioneer next generation’s enhanced, flexible and personalised digital entertainment solutions.