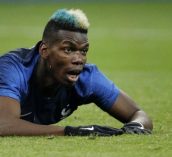 The World Cup is providing good business for beIN Sports in France. The pay-TV broadcaster owns the full rights to the competition and says it has now passed the 4 million subscriber mark.

A record number of new subscribers were added last month as the World Cup tournament drew nearer. “Such a success confirms our channel strategy [is working] and proves how much beIN Sports contributes to the pay-TV market in France” commented beIN Sports President Yousef Al-Obaidly.

The channel’s main goal going forward is to keep its new subscribers who have no commitment and can thus cancel their subscription whenever they wish. beIN Sports recently lost Champions League rights to RMC Sport, so they will be relying on other sporting competitions that include football from Spanish La Liga, German Bundesliga and the Italian Serie A, as well as Wimbledon tennis, to maintain subscriber numbers.