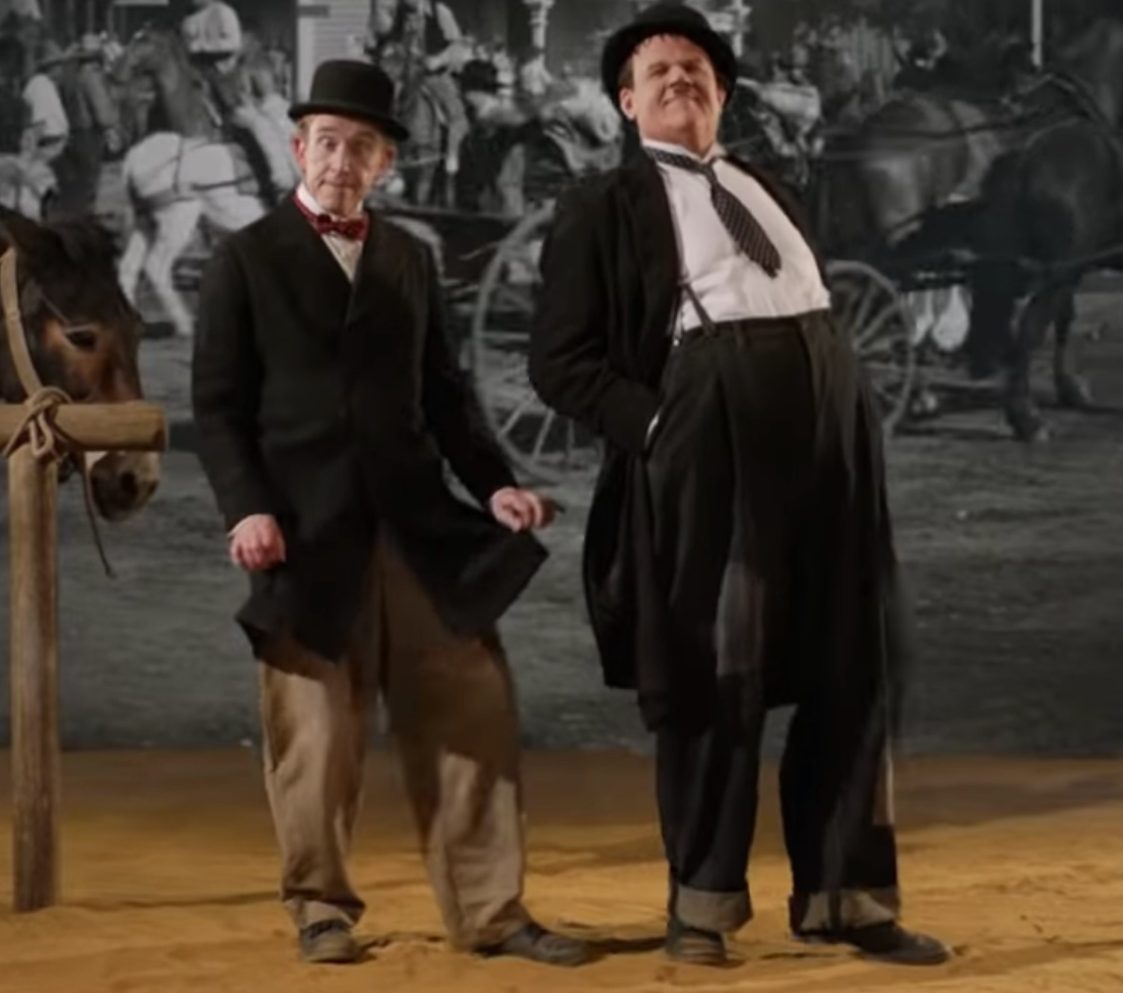 Film producer Entertainment One has teamed up with pro-copyright education body the Industry Trust for IP Awareness’s ‘Moments Worth Paying For’ campaign to present an exclusive trailer for the forthcoming drama, Stan & Ollie, about legendary double act Stan Laurel and Oliver Hardy.

Co-stars Steve Coogan and John C. Reilly, who play homage to two of cinemas greats in the film, present the trailer discussing all the all the great reasons to enjoy going to the cinema. From comfy seats, to endless snack options, the duo decide it is experiencing unforgettable moments all together that makes watching films worth paying for.

The Industry Trust’s consumer education campaign continues to deliver the core message – inspiring audiences to choose the big screen experience. As with others in the Moments Worth Paying For series, the trailer directs audiences to the industry-funded film search engine, FindAnyFilm.com, which signposts legal content sources, so they can book, buy and watch at their convenience.

“We couldn’t be happier in joining forces with Entertainment One to deliver another unforgettable Moments Worth Paying For trailer,” commented James Gallagher, Senior Marketing Manager, The Industry Trust. “Having comedy icons Steve Coogan and John C. Reilly on board along with their trademark wit and charm, helps spread the message that the biggest stars deserve the biggest screen. It’s important that the Moments campaign can be tailored to appeal to all age groups and we hope that this partnership works to highlight that films are best enjoyed in cinemas in the company of friends and family, instead of turning towards piracy. It’s a testament to the campaign and its inspirational message that we’re able to continue securing A-list talent in order to inspire audiences to choose official film and TV.”

“Entertainment One remains fully committed to the continued efforts of The Industry Trust to tackle copyright infringement and we are delighted to be collaborating with them again on the release of Stan & Ollie,” added Chris Besseling, Head of Marketing – Film, Entertainment One UK. “Working closely with The Trust on its development, we are really pleased to have been able to deliver an exclusive bespoke piece of content for their latest Moments Worth Paying For campaign featuring the film’s stars Steve Coogan and John C. Reilly. A funny and very powerful movie that tells the unknown story of the world’s greatest comedy duo, this is a perfect partnership that celebrates the heritage and importance of the silver screen experience. We hope that this partnership will work to deliver the Industry Trust’s important and inspiring message, highlighting that the magic of the movies is best enjoyed on the big screen together with friends, family and other film lovers.”