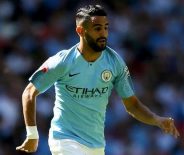 PCCW Media  has secured the exclusive Premier League broadcast rights in Hong Kong for the 2019/20 to 2021/22 seasons.

Now TV continues to be the exclusive licensed broadcaster in Hong Kong delivering live coverage of all 380 matches, bringing viewers live action throughout the season. A total of 76 matches will be delivered in 4K per season through the Now One set-top box. Now TV customers can also enjoy matches on-the-go via the Now Player app or catch-up with played matches using Now TV’s VoD service.

Janice Lee, Managing Director of PCCW Media Group, said, “We are pleased to extend our long-time partnership with Premier League for the coming three seasons exclusively in Hong Kong. PCCW Media has once again acquired all rights to the live Premier League matches with pay-TV, free TV and OTT rights. Being Hong Kong’s home of sports, the continued broadcast of the Premier League and the introduction of matches live in 4K reaffirmed our commitment to bringing the world’s best sports actions to our customers.”

Paul Molnar, Director of Broadcasting, Premier League, added, “We know that Hong Kong has many passionate fans of the Premier League and our clubs, and that PCCW Media does an excellent job making the competition available to them. We are very pleased to continue our partnership with PCCW Media and look forward to working with them for the next three seasons.”