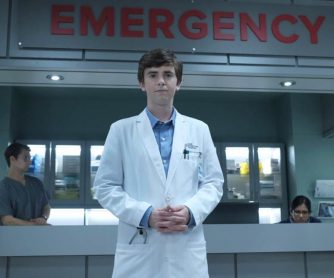 TV series are still a significant audience booster worldwide, especially during prime time, according to the latest edition of the Scripted Series Report by Eurodata TV Worldwide, which analysed the schedules of over 100 channels in 12 countries.

“The dynamism of the series market is illustrated in particular by the significant proportion of new launches in the national rankings: overall, a hefty 45 per cent of the top 15 series are new ones, which represents a three point increase on the previous season. This year too, the archetype of a successful series is a locally produced crime drama,” said Candice Alessandra, International Research Manager at EurodataTV Worldwide.

Across all of the countries studied, channels and viewers are fond of national series. On the main channels, two-thirds of the series broadcast during prime time are locally produced, 5 points up the previous year. In terms of audience, national series represent three-quarters of the series watched in this lot, which is also equivalent to a five point increase. Conversely, imports have declined both in terms of scheduling and viewing.

There are some disparities between the countries. Israel, Turkey and the US have the highest proportion of national series broadcast during prime time. At the other end of the scale are two Scandinavian countries, Sweden and Denmark. Italians are huge fans of their local productions – although Italian series represent 41 per cent of programming, they account for almost two-thirds of viewing for scripted series in prime-time.

The fact that a series is new is also a factor for success: in eight out of the 12 countries, the most popular series during prime time is a new one. This is the case, for example, in Turkey, with Lifeline,or in Sweden, with The Restaurant, which are both locally produced new series.

Just like last year, drama remains the genre that is most scheduled during prime time in the 12 countries studied, with over 70 per cent of the series offering. The remainder comprises comedies or soap operas/telenovelas. Some countries buck this trend, such as Israel, where comedies are more popular.

If we break down the genres slightly further, we can see the very heavy influence of crime dramas in the series field, accounting for almost four out of ten scripted series broadcast. Human Drama and sitcoms come next to complete the podium.

Here too, there is a strong contrast between certain countries. In Germany and the Netherlands, there are more crime dramas. In Denmark, sitcoms are scheduled three times more often during prime time than is the case on average for other countries channels.

Something new in 2018 is the strong presence of human drama in the national top 15s; in five of the 12 countries studied, the most popular series during prime time is indeed a human drama.

Soap operas, which were less abundant during prime time in the countries studied, remain highly popular amongst viewers: this is particularly the case for soap operas in the UK (Coronation Street, Emmerdale), and in the Netherlands (GoedeTijdenSlechteTijden). In France, each of the three main channels (TF1, France 2 and France 3) now has its own local soap opera (Demain nous appartient, Un si grand soleil and Plus Belle La Vie respectively).

Besides local programmes,several imported series also achieve great success and made it into national top 15s during prime time. This is particularly the case for The Good Doctor (US) and MidsomerMurders (UK), which are in the top 15s of three of the countries studied. Several new programmes are also becoming popular outside their own countries: US dramas such as The Handmaid’s Tale and The Assassination of Gianni Versace, but also a comedy called Young Sheldon.

Overall, 60 per cent of the programmes in the “imported series top 10s” are from the USAor the UK. Scandinavian countries and Germany are also making their mark thanks to series such as Beck (Sweden) and Rebecka Martinson (Denmark).

Finally, “while some (particularly western European) countries import programmes from all horizons, others are more selective owing to cultural or linguistic factors: on the USA networks all of the successful imported programmes are Mexican or Brazilian telenovelas, and in Russia the top 10 foreign programmes are Ukrainian,” concludes Candice Alessandra.