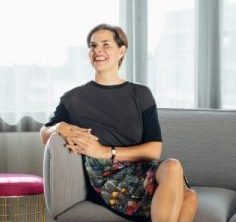 As chair, Jones will lead COBA’s board in setting the strategy of the association and overseeing the work of its executive. She will serve as chair of COBA for a two-year period and succeeds Discovery’s Susanna Dinnage.

Jones is A+E Networks’ UK General Manager and Senior Vice President for the EMEA region. She oversees content and creative strategy and activity in all EMEA territories in addition to her responsibility for all aspects of A+E’s business in the UK.

Previously, Jones was managing director of North One Television, part of the All3Media group, and before that director of television at Viacom in the UK. She has also worked at Paramount Comedy, Flextech, Buena Vista Television and Euro Disney.

“This is a hugely exciting and challenging time for the multichannel sector and the UK television industry as a whole,” declared Jones. “COBA makes a real difference to its members and I’m excited about taking up the position of chair. On behalf of COBA members, I would also like to thank Susanna Dinnage for serving as a fantastic chair of COBA for four years. It’s a privilege to follow in her footsteps and represent the collective interests of the multichannel industry.”