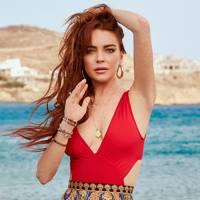 Viacom International Media Networks (VIMN) has announced the launch of MTV’s first ever direct-to-consumer (D2C) SVoD mobile streaming app, MTV Play. The app, which is initially available only in the UK, marks a global first in providing a full MTV long form content experience in a standalone subscription app.

MTV Play is targeted at younger, mobile-first audiences who want to watch MTV’s youth-focussed reality content. The app will include an array of catch-up and box set content and a live feed of the MTV UK linear TV channel for £3.99 a month, following a free 30-day trial. Although MTV Play is initially being made available through a direct subscription from the App Store or Google Play, it is intended that the app will also be distributed in partnership with telco providers in the future.

MTV Play will feature hundreds of hours of catch-up and boxset content, including the latest episodes of series such as Geordie Shore, Teen Mom UK, Lindsay Lohan’s Beach Club (pictured) and The Charlotte Show, as well as back catalogue favourites including The Hills, The Valleys and Jersey Shore. It will also feature short form digital original series including Show Us Ur Phone, What the Yuck and MTV Meets.

Arran Tindall, SVP, Commercial and Content Distribution, VIMN commented “Our major distribution partners such as Sky, Virgin Media and BT do an excellent job of bringing MTV to younger audiences across the UK, but we know there is a segment of younger potential MTV fans who sit beyond the basic pay TV bundles. MTV Play puts the full MTV content experience directly into the hands of young people for the first time in a way that is accessible and affordable.”

Dan Fahy, VP, Commercial and Content Distribution, VIMN UKNEE adds “MTV’s reality and music content continues to resonate incredibly strongly with young audiences in the UK and we believe there’s a further appetite for an app like this. We’re speaking with telco providers and other platforms about how they can make MTV Play available to their subscribers, which will form an important part of our distribution strategy alongside D2C.”