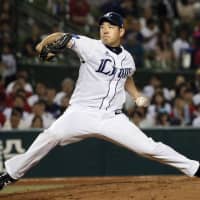 The action will be available for free via PC and smartphones, with approximately 500 NPB Farm League games being streamed live between March and October 2019.

Rights agreements have been struck independently with seven out of the 12 teams in the league. This means that all home games of Orix Buffaloes, Saitama Seibu Lions, Chiba Lotte Marines, Tohoku Rakuten Golden Eagles, Hanshin Tigers, Fukuoka Softbank Hawks and Yokohama DeNA Baystars will be shown live and free of charge on Eleven Sports.

The first game will be played between Chiba Lotte Marines and Saitama Seibu Lions.

Suhyeon Cho, Managing Director, Eleven Sports in Japan, said: “Baseball is hugely popular in Japan and we are very excited to be bringing unprecedented coverage of the NPB Farm Leagues to fans across the country for free. Some games from the league have been broadcast previously, but Eleven Sports will break new ground by streaming such a large volume of matches at a level never seen before.  We are looking forward to working with the teams to grow the exposure of the NPB Farm leagues locally. We are also aiming to add further content to our service as we aim to build a compelling ad-funded model that serves local fans with local sport.”

Anouk Mertens, Chief Operating Officer, Eleven Sports Group, added: “We are thrilled to extend Eleven Sports’ global presence to Japan by taking a commercially valuable property and a sport with a fervent local following to fans all over country. The launch of Eleven Sports in Japan marks the evolution of our digital strategy as we continue to explore new ways to make top quality sport accessible, and in this case, free for fans. This differs from the premium model that has been highly successful for Eleven Sports in several markets globally, but we are very confident that this innovative digital approach will be very appealing for fans and for commercial partners.”

Supplementary to the live action, Eleven Sports will also produce digital content to provide improved coverage of the NPB Farm Leagues. This will include comprehensive highlights, match reports and the latest news related to the Eastern and Western Leagues.