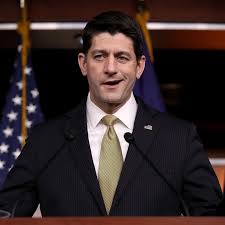 Former Speaker of the House Paul Ryan is joining the board of the new Fox Corporation, parent of the parts of Fox that Disney didn’t want, including Fox News.

Ryan and Rupert Murdoch have been friendly for many years. In 2014, he named Ryan as a presidential contender he had “particular admiration for.”

Fox Corp – also home to Rupert Murdoch’s newspaper empire – will be run by Lachlan Murdoch. His octogenarian father will be co-chair.