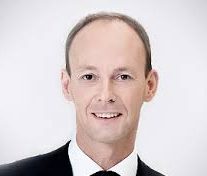 The Board of Directors of RTL has appointed its Chairman Thomas Rabe to the position of Chief Executive Officer (CEO), effective immediately. Bert Habets has resigned as CEO and member of the Board of RTL Group for personal reasons.

Rabe will take on his new role in addition to his duties as Chairman & CEO of Bertelsmann. Taylor remains Chairman of RTL Group’s Nomination and Compensation Committee, and James Singh Chairman of the Audit Committee.

Taylor commented: “I thank the Board of Directors for their vote of confidence in appointing me as the new Chairman. I would also like to thank Thomas Rabe for accepting the position of Chief Executive Officer of RTL Group. Thomas is an experienced media executive with extensive knowledge of the TV business and of RTL Group.”

Rabe said: “We thank Bert Habets for more than 20 years in various managerial positions at RTL Group and wish him all the best for the future. RTL Group will continue to focus on three priorities: further strengthening its core TV, audio and production business, building local video streaming champions, and growing its advertising technology business. I am very pleased that Martin Taylor and James Singh are taking the lead on the Board and will support me in my new role as CEO of RTL Group alongside their fellow Board members.”