Sony’s massive 98” Bravia ‘Masters’ series 8K LCD (Z9G) was given an airing at MIPTV, the giant TV programming market in Cannes, where it was used to demonstrate a wide portfolio of producers’ 8K content. 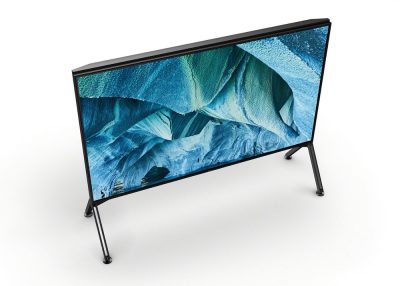