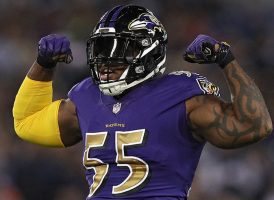 The NFL and Twitter have announced a multi-year partnership extension that will deliver a host of new live programming, original sponsored content and more highlights to Twitter’s audience as the NFL prepares to kick off its 100th season.

The new deal will feature new live programming built around some of the NFL’s biggest events, more game highlights each week for fans, and unique sponsored content opportunities for brands.

Uniquely produced for Twitter, six new live shows will capture the excitement and conversation around some of the NFL’s biggest events, including NFL Kickoff, the Thanksgiving games, the Conference Championships, the Super Bowl, the Scouting Combine and the NFL Draft while integrating entertaining conversations and trends sparked by these events on the platform.

​”We’re excited to renew our partnership with Twitter,” said Blake Stuchin, NFL Vice President of Digital Media Business Development. “Millions of people use Twitter every day to follow their favorite teams and players and participate in conversations about the NFL. We expect these new live shows to be among the most popular programs on Twitter, while serving to drive awareness and tune-in of our biggest tentpole events of the year.”​

“We couldn’t be more excited to celebrate the NFL’s 100th season by kicking off a new multiyear collaboration that will include innovative ways to serve fans and our brand partners,” added TJ Adeshola, Head of US Sports Partnerships at Twitter. “Football fans around the world will now be able to engage with more NFL premium content on Twitter, which will inspire even more conversation year-round about the league.”