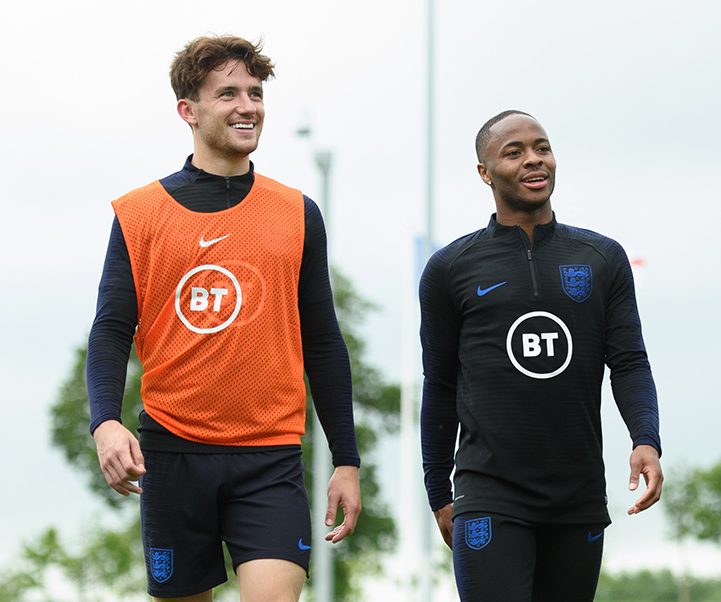 BT has signed a five-year deal with The FA, worth around £50 million (€56.3m) to become the exclusive lead partner for all England representative teams and home of the national game, Wembley Stadium. The partnership will see the BT logo appear on all training kit worn by the England senior men’s and women’s squads and all development, futsal and disability teams.

As part of the deal, EE will continue to be the main sponsor for Wembley Stadium. As part of the agreement it will see Wembley and EE continue its ambition to keep the stadium the connected for fans to enjoy an enhanced 4G and 5G mobile experience and super-fast Wi-Fi available for all.

The partnership will kick off with the new BT branded training kit to be worn by the England women’s team ahead of the World Cup this week and the England men’s team as they prepare for the Nations League Finals. BT’s sponsorship will also be brought to life across the national football centre St. George’s Park and Wembley and will enable BT to work with football clubs in communities across the country. More details about the broader ambitions of the partnership will be revealed in the coming months and is part of a wider new BT brand and sponsorship strategy, to champion the UK.

Marc Allera, chief executive of BT’s consumer division, said: “Announcing our partnership with England and The FA is such a proud moment for all of us at BT. We have worked with the FA for six-years as part of our partnership with Wembley Stadium to connect even more fans with the national game, and this ground-breaking deal sees us extend that from grassroots football all the way to the pinnacle of the women’s and men’s teams. We’re committed to making BT a national champion, and what better way than backing the national game and the national teams. This partnership will reach all areas of football, including grassroots football and communities up and down the country. We look forward to revealing our plans in the coming months and we can’t wait to get started.”

Mark Bullingham, FA chief commercial & football development officer, said: “We are delighted BT will be our new Lead England Partner, encompassing our 28 England men’s and women’s senior teams, development teams, futsal and disability teams. Furthermore, I’m thrilled we have also extended our long-standing partnership with EE who will continue as principle partner of Wembley Stadium. We look forward to working with BT and EE over the coming five years, continuing our commitment to developing the game and bringing our fans and teams closer together

“This is a great start to an exciting week for England football, with the Lionesses starting their World Cup campaign and the men’s senior team in the finals of the Nations League. I’m really pleased that alongside Barclays and Boots this year, we can add BT to our growing portfolio of commercial partners,” concluded Bullingham.