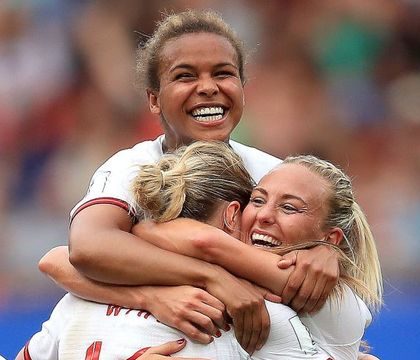 A UK TV audience of 6.9 million watched England beat Cameroon 3-0 on BBC One on June 23rd – a new record for a women’s football match.

The figure was over 40 per cent of the available audience and beats the previous best for a women’s football game of 6.1 million for England’s June win over Scotland on June 9th.

There was also an additional 640,000 live programme requests for those watching on BBC iPlayer and online.

The figures are based on those watching for five minutes or more. The average number of viewers across the whole match was more than five million.

England’s next game, a quarter-final clash against Norway, kicks off at 8pm on June 27th live on BBC One.