Carolina Panthers feature in Amazon’s All or Nothing 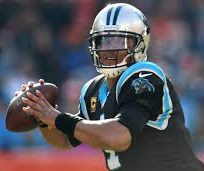 Season four of the Emmy Award-winning sports documentary series All or Nothing, an Amazon Original series produced by NFL Films, will launch on July 19th exclusively on Prime Video in over 200 countries and territories worldwide. All or Nothing: The Carolina Panthers tells the story of a talented team striving to compete for a championship in the face of inevitable change.

Actor Jon Hamm (Good Omens, Mad Men) returns as narrator of the eight-episode season. In this season, just three years removed from his MVP season and a Super Bowl appearance, quarterback Cam Newton remains the charismatic star around whom the Panthers revolve. His cast of teammates includes dynamic running back Christian McCaffrey and perennial All-Pro linebacker Luke Kuechly, along with a mix of talented rookies hungry to prove themselves and several veteran stalwarts who know this season might be their last. As the season unfolds, Carolina’s players, staff, head coach Ron Rivera and the team’s new owner David Tepper are all forced to navigate a difficult yet compelling path.

UK NFL fans can catch the Carolina Panthers playing in London next season as they face the Tampa Bay Buccaneers at the Tottenham Hotspur Stadium on October 13th.