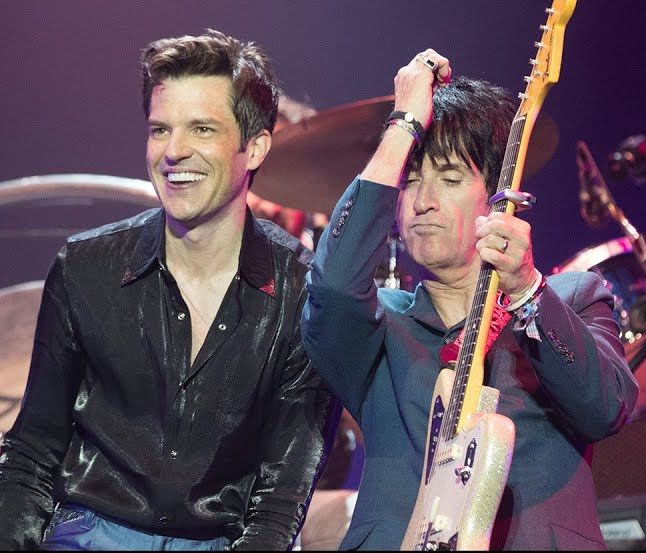 EE, the official technology partner of Glastonbury Festival, has revealed that over the course of the iconic event an epic 103.6 terabytes of mobile data was used, almost double the total from 2017 and almost 1,000 times as much as in 2010. This was the first festival in the UK to have 5G mobile coverage, launched by EE in May.

The 103.6 terabytes of data used on site at Glastonbury Festival is equivalent to 51.5 billion Instagram selfies across the weekend, 460 million minutes (or 875 years) of video streaming, or 1.2 billion downloads of number 1 hit Vossi Bop, from Friday night’s Pyramid Stage headliner Stormzy.

The official Glastonbury Festival app from EE proved itself a Festival essential to those attending the event and the 24 per cent of app users that were using the tool to plan their Festival viewing itineraries from home. Over 6.6 million performances were added to the ‘My Line-Up’ feature.

One of the most anticipated performance from this year’s Festival took place at the Pyramid stage on Saturday night, with more than 55,000 app users adding The Killers to their Festival line up, planning to catch the moment the rock band came out to give their momentous Glastonbury performance to crowds of revellers, joined by special guests Pet Shop Boys and Johnny Marr (pictured).

Sheryl Crow’s Pyramid stage performance was the most streamed set as users took advantage of the BBC coverage in the app to catch up on moments they might have missed from around the 900 acre site.

And fans weren’t just using streaming and sharing at the Festival – 3.7 million calls were made by Festival attendees on the EE network. And to ensure people could keep connected to their friends and keep sharing their favourite moments, a record number of Festival-goers passed through the EE Recharge Tent – 18,700 in total over the weekend – giving their phones that all-important power boost and swapping their portable power banks for new ones.

Embracing the magic of the Festival, attendees used their phones for numerous reasons over the course of the Festival, including sharing Sir David Attenborough’s surprise appearance on the Pyramid Stage at 4pm on the Sunday afternoon – which EE has revealed was the busiest period on the network over the entirety of the Festival, using the integrated map in the EE Festival app to find their way around the 900 acre site, and locating much needed water points in what turned out to be one of the hottest Glastonbury Festivals on record.

Pete Jeavons, Marketing Communications Director at EE, said: “Every year at Glastonbury Festival we see the demand for data increasing, and this year all expectations were surpassed. This legendary Festival is one of the most exciting places on the planet for music fans, and our data shows that people are as keen as ever to share their experience with friends and family.”