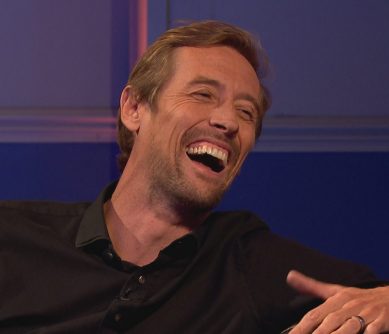 Back of the Net, a weekly studio entertainment show about the Premier League, will launch this summer coinciding with the beginning of the new football season through to Amazon Prime Video’s exclusive live broadcast of matches in December 2019.  Episodes of Back of the Net will be released on Tuesdays after each Premier League round.

Hosted by a team of three: professional footballer Peter Crouch (pictured), comedian John Bishop and broadcast presenter Gabby Logan, Back of the Net will each week the team will be joined by a live studio audience, and a mix of celebrity and football guests. They will look back at the latest matches and forward to the next, with humorous debate on the big talking points, and with a few games along the way. Back of the Net will also include features with football’s greatest names telling hilarious stories and revealing the secret talents of heroes from the sport world.

Logan said: “I am beyond thrilled to become part of the Back of the Net team sitting alongside my old mate John Bishop and the wittiest footballer in the land, Peter Crouch. Football is about passion, skill and rivalries but ultimately it’s about people and their stories and there’s so much fun to be had around the beautiful game every week in the Premier League.”

Bishop commented: “Each week, I guarantee to give an extremely impartial, straight laced view of the recent champions of Europe.”

Crouch said: “I’m really excited to start this show with Gabby and John and I’m hoping it’s going to be a smooth transition from bench to sofa.”

“While our live Premier League coverage in December will of course focus on the action, we wanted to bring back the humour and quirkiness of a studio show based on the nation’s favourite sport,” said Alex Green, MD Sports, Prime Video. “I’m absolutely thrilled that Peter, Gabby and John will be our regular hosts, offering their wit, banter and anecdotes, every week of the season.”

“Working with incredible on and off screen talent, Back of the Net is the next in our offering of UK Original productions for Prime Video,” said Georgia Brown, Director EU Originals, Prime Video. “We’re so excited to bring what will be a hilarious, fun-filled show to our audiences weekly.”