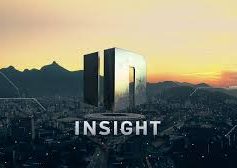 Insight TV, the 4K HDR broadcaster and producer of native UHD content, has announced that its channel is now available in Europe on LG Channels, exclusively powered by Xumo. This announcement follows on the heels of the same Insight TV launch on LG Channels powered by Xumo in the US and further highlights the company’s commitment to its growing audience around the world.

LG Channels, powered by Xumo, is an ad-supported TV service in the US. The company announced its expansion into Europe earlier this year. This means Insight TV’s ality content, based around global influencers and trending topics, will widen its reach in several European territories including the UK, France, Italy, Spain and Germany. Insight TV’s channel will provide viewers with linear and on-demand options, allowing viewers to choose whatever and however they want to watch the channel, providing flexibility and a more enjoyable streaming experience.

Arun Maljaars, Director Content and Channels, Insight TV, commented: “Expanding our relationship with LG and Xumo means that we’re continuing to fulfill our goal of providing impactful content that resonates with viewers across the globe. These types of advertising supported linear services delivered via connected TV are gaining more traction every single day.”