The average consumer now accesses TV shows and movies from more than four different sources of content. The Decoding the Default study from Hub identifies the factors that determine which source consumers turn to first.

Highlights from the study:

1)   Ease of navigation and favourite show availability drive consumers’ TV default decisions—and will in large part determine the success of both new and existing services. 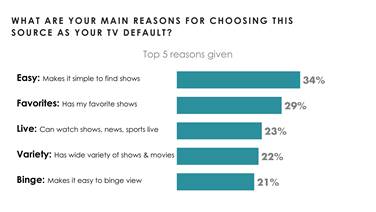 2)   For the first time, an online TV source is statistically as likely to be consumers’ default as a source from a pay-TV provider. 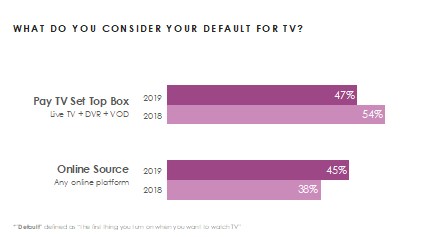 3)   Linear viewing from a cable, satellite, or telco TV subscription has reached its lowest level as a default source of TV. 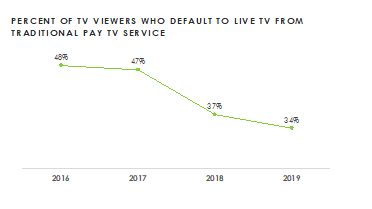 4)   Looking at the soon-to-launch sources, Disney+ already has an edge as a potential default source, with many feeling it will offer strong value for the  money. 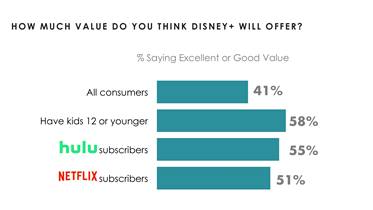 “With its low monthly price point and proposed variety of content, it’s not surprising that consumers in Disney+’s crosshairs – households with kids and Netflix subscribers – see it as offering strong value for the money,” said Peter Fondulas, principal at Hub and co-author of the study. “Whether its value proposition is strong enough to make Disney+ viewers’ first stop for TV is of course yet to be seen. But by bundling Disney+ with Hulu and ESPN+, the combined package stands to tick off many of the boxes consumers consider must-haves for a default service.”

The data cited here come from Hub’s “Decoding the Default” study, conducted among 1,678 US consumers with broadband, who watch at least 1 hour of TV per week. The data was collected in August 2019.