Secret Cinema, the specialist in the field of immersive storytelling, has announced its first international expansion into China, in collaboration with SMG Live. They will launch with the current UK show, SMG presents Secret Cinema’s production of Casino Royale, in Shanghai on November 23rd.

Secret Cinema was founded in the UK in 2007 by film enthusiast and entrepreneur Fabien Riggall. Fusing music, art, theatre, and dance, Secret Cinema creates elaborate worlds, placing the audience at the heart of the action, blurring boundaries, and celebrating great stories by bringing them to life. Over the last 12 years, there’s been over 70 Secret Cinema productions, from grassroots film screenings to large scale productions of cinematic classics in huge warehouse spaces where thousands of people attend and participate each night.

Audiences become part of the story from the moment they buy a ticket, where they are assigned a character and are transcended into the pre show narrative.  When they arrive at the show, they step into the world of the film, become their character and uncover secret storylines before watching a screening that is brought to life before their very eyes.

Secret Cinema Presents Casino Royale opened in London this year to widespread critical acclaim and continues to run, drawing record-breaking crowds of over 120,000 so far; making it the largest and most ambitious production Secret Cinema has ever produced.

SMG is one of the largest media and entertainment businesses in China and its performing arts and live entertainment division, SMG Live has curated hundreds of award-winning productions. SMG Live will have the exclusive licence to present Secret Cinema’s production of Casino Royale in Shanghai. 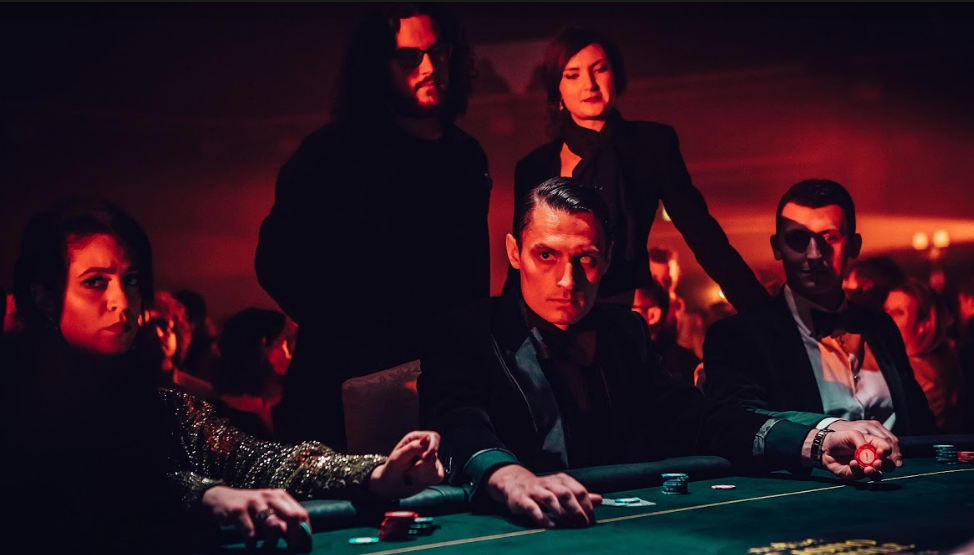 Fabien Riggall, Creator and Chief Creative Officer of Secret Cinema, commented: “I created Secret Cinema in 2007 to reinvent the cinema experience allowing participants to live inside the movies. It’s always been my dream to bring it to other parts of the world and now with the support of an amazing team we are able to make this happen. China is the largest film market in the world with a rich cinematic heritage with some of my favourite films, Chen Kaige’s Farewell my Concubine, Wong Kar Wai’s In the Mood for Love and Ang Lee’s Crouching Tiger, Hidden Dragon. It’s been amazing to see Secret Cinema become a cultural phenomenon here in the UK, and we’ve loved thrilling audiences with small and large scale productions of cult cinematic classics such as Back to the Future, Blade Runner and Star Wars. SMG Live’s heritage and production experience makes it the perfect partner to bring the concept of Secret Cinema to life in China.”

Max Alexander, CEO, Secret Cinema, added: “Expanding internationally is incredibly complicated even with a traditional theatre show and Secret Cinema is a unique product with added complexities.  We can’t just hire a purpose built venue, we need a venue that can house a production of this magnitude and then we have to build it.  Having worked with SMG Live in the past I know them to be China’s most ambitious, experienced and skilled producers of live entertainment and a perfect partner for Secret Cinema. This is the first collaboration of many with SMG Live with whom we look forward to a long and creatively rich relationship. Secret Cinema is an incredible entertainment experience and we look forward to bringing it to more markets around the world as we embark on our international growth strategy”.

The next project on Secret Cinema’s agenda is Stranger Things, based on the hit Netflix sci-fi series. The experience opens in London in November.