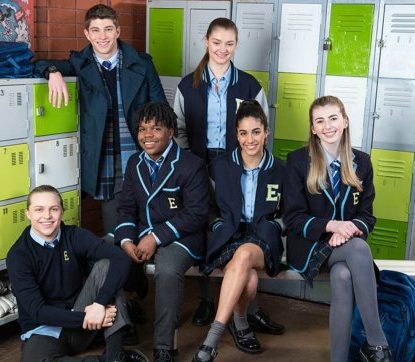 Channel 5 has commissioned its first ever spin-off series of the iconic Australian drama series, Neighbours, for its VoD service My5.

Titled Neighbours: Erinsborough High, the 5 x 22 minute series will be produced by Fremantle. It is set to debut on My5 in November, complementing Neighbours, which airs daily on Channel 5 and is available via catch-up on My5.

The spin-off series will explore what goes on behind the school gates of Erinsborough High during exam period, with the disappearance of one of the Year Twelve students sparking a number of revelations. The storyline will run in parallel to the linear show on Channel 5 and will feature well known characters from the hit TV show, as well as some new faces.

Neighbours continues to be a strong property for Channel 5, achieving its best performance ever for 16-54s in July 2019 with a 19 per cent share of audience – whilst on My5, streams are up +17 per cent YOY.

Oli Thomas, VP, Digital Lead, Channel 5 said: “Neighbours continues to be a popular show which has brought enjoyment to audiences for many years, so it’s hugely exciting to bring its first ever spin-off series to fans in the UK exclusively on My5.”