A record 1.6 million viewers tuned in to watch Radio 2 Live In Hyde Park on BBC Red Button this year.

The headline set from the Pet Shop Boys was also broadcast on BBC Four the same evening and pulled in an audience of 380,000 (consolidated) which is significantly above the average figure for that slot.

The previous record for Radio 2 Live In Hyde Park on Red Button was held by the 2017 broadcast, which featured a headline performance from Take That and reached and audience of 1.4 million across the day. 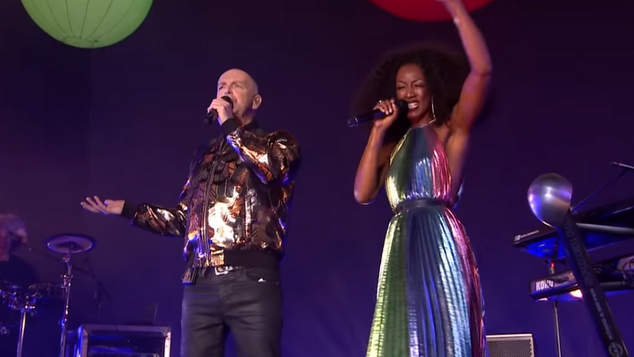 Jeff Smith, Head of Music for Radio 2 and 6 Music, said: “It was difficult to follow Kylie Minogue’s long-awaited on-stage reunion with Jason Donovan at Radio 2 Live In Hyde Park in 2018, but this year’s festival in a day was as memorable as ever. We were proud to welcome another world-class line-up of artists, which brilliantly represented the breadth of music that we play on the station. There was something for everyone, and I’m delighted that this year’s performances, culminating with a stunning set from the Pet Shop Boys, reached a record 1.6 million people on BBC Red Button. I’m already planning next year’s line-up.”

Coverage of Radio 2 Live in Hyde Park on Red Button this year was co-produced by Livewire Pictures and BBC Music Digital.