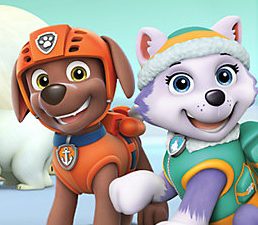 Viacom International Media Networks (VIMN) has reached a distribution agreement with Russian online streaming platform, Okko. As part of the deal, Viacom’s kids’ content is now available to Okko’s subscribers for the first time, giving them VoD access to a raft of popular Nickelodeon and Nick Jr. content.

Popular shows set to debut on the platform will include PAW Patrol, The Loud House, Dasha the Explorer, Shimmer and Shine and Blaze and the Monster Machines.

Elena Balmont, Senior Vice President and CEO of Viacom International Media Networks in Russia, Georgia, Ukraine, Baltic States and CIS said:  “We are really excited to collaborate with Okko, which are one of the leading OTT platforms in Russia. The deal will bring our most popular Nickelodeon and Nick Jr. shows to millions of subscribers across the region, not only via their televisions but also through their mobile devices and consoles.”

Ivan Grodetsky, CEO of Okko, added: “At Okko we always strive to provide customers with a wide variety of quality content from around the world. This new deal with Viacom will bring the best of pre-school and animated content directly to our platform, allowing access to the most exciting Nickelodeon shows at any time of day.”