SK Telecom has announced its comprehensive plans aimed at expanding its VR business and ecosystem.

To lead the popularisation of VR services, the company has launched an innovative 5G-based VR service named ‘Virtual Social World’. Virtual Social World is a VR service that allows multiple users to engage in diverse activities and create contents in a virtual space. For instance, users can create and decorate their own avatars, and watch VR movies or raise pets within their own rooms called ‘My Room’.

Users can also socialise with others in seven different VR spaces such as club, café, concert hall and office. And while experiencing these services, they can enjoy voice/text chatting, make friends and communities, and play mini games with their friends. All the activities can be shared through their status updates on SNS accounts.

Users of Oculus Go or Gear VR can enjoy Virtual Social World through Jump VR app, which can be downloaded from Oculus Store for free, starting immediately. In the first half of 2020, SK Telecom plans to provide the service in many different languages for international users, while offering a version for smartphone users to play Virtual Social World without a VR device. Going forward, the company plans to shape Virtual Social World into a cross platform that enables users to access the virtual space through any IT device including AR glasses. 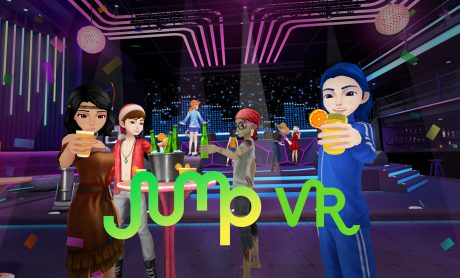 The company is also developing VR games that utilise Nexon’s popular game characters such as Kartrider, Crazy Arcade and Bubble Fighter. Users can play a variety of mini games such as tennis and archery from the first-person point of view.

Going forward, SK Telecom says it will strengthen its technology and service cooperation with developers and start-ups based on Jump VR and ‘T real platform’, a development platform that includes avatar and 3D rendering technologies. The company plans to expand the VR ecosystem by holding contests and hackathons. SK Telecom said that it expects the number of monthly users of its Jump VR service to increase dramatically from this year’s 100,000 to 1 million in 2020.

“SK Telecom is working closely with platform companies and content developers of both home and abroad to build a virtual world for users throughout the globe,” said Jeon Jin-soo, Vice President and Head of 5GX Service Business Division of SK Telecom. “Through Virtual Social World, we will provide our customers with a hyper-immersive experience optimised for the 5G era, while opening up new VR markets with our partners.”