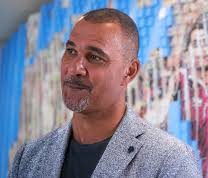 Insight TV, the 4K HDR broadcaster and producer of native UHD content, is launching its 4K content in Malaysia on the Astro platform with a dedicated branded block on Astro’s UHD channel.

Astro made history last year when it became the first operator to launch a live 4K UHD broadcast in Malaysia. The combined strength of its pay-TV and NJOI subscription-free TV service allows Astro to serve 23 million individuals in 5.7 million households, which is equivalent to 77 per cent of Malaysian TV households.

“We are constantly looking to add value for our consumers with progressive offerings, and we created a lot of buzz last year when we showed the first 4K UHD broadcast of the Premier League in Malaysia,” notes Sharmin Parameswaran, SAVP, Astro Malaysia. “We will be continuing that momentum with the launch of Insight TV’s unique and exciting 4K UHD content.”

“Asia is an important region for us, and we’re delighted to be expanding our footprint on the Astro UHD platform,” declared Natalie Boot, Director of Media Sales, Insight TV. “This latest distribution partnership further underscores our commitment in bringing high-quality, unique programming to viewers around the world.”