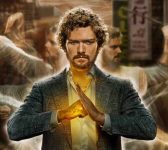 Marvel Television’s run is shuttering, with several of the division’s executives and its properties being folded into Marvel Studios.

Marvel Television will not be developing any new TV shows, beyond the shows that that are currently in the works, reports Varity. Marvel Studios is expected to scrap a number of positions, with current Marvel Television head Jeph Loeb set to stay on through the transition, though he is ultimately expected to leave the company, now that Kevin Feige has been recently promoted to oversee both Marvel’s film and television divisions.

Karim Zreik, Marvel Television’s senior vice president of programming and production, will join Marvel Studios, along with his team, though everyone else at the vice president level and above is expected to be replaced.

The only live-action show currently in development is Helstrom, which is being made for US streaming service Hulu. The studio was also developing a Ghost Rider series starring Gabriel Luna, but it was recently announced that the show has been axed.

There are also four animated series being developed for Hulu, namely Howard the Duck, Tigra & Dazzler, M.O.D.O.K. and Dazzler.

Marvel Television has already cancelled its four Netflix shows, Daredevil, Jessica Jones, Luke Cage and Iron Fist, with Agents of S.H.I.E.L.D. ending next year with its seventh season, spring and The Runaways also ending after its upcoming third season.