Tesco has claimed top spot in the third annual Top 10 Christmas Ad Rankings by marketing technology company 4C. The ranking uses artificial intelligence to determine which ads resonated the most with consumers beyond the initial premiere. This year’s analysis included 235,870 engagements with public social media posts across Facebook and Twitter between November 30th and December 8th.

Tesco’s TV ad spots increased social media engagement with the brand by an average of 146 per cent in the five minutes following the start of each advert aired on TV – resulting in the highest ‘TV Social Lift Score’. The nostalgic ad plays to consumer desires and trends, taking viewers on a trip down memory lane, travelling 100 years back in time to celebrate the brand’s centenary. 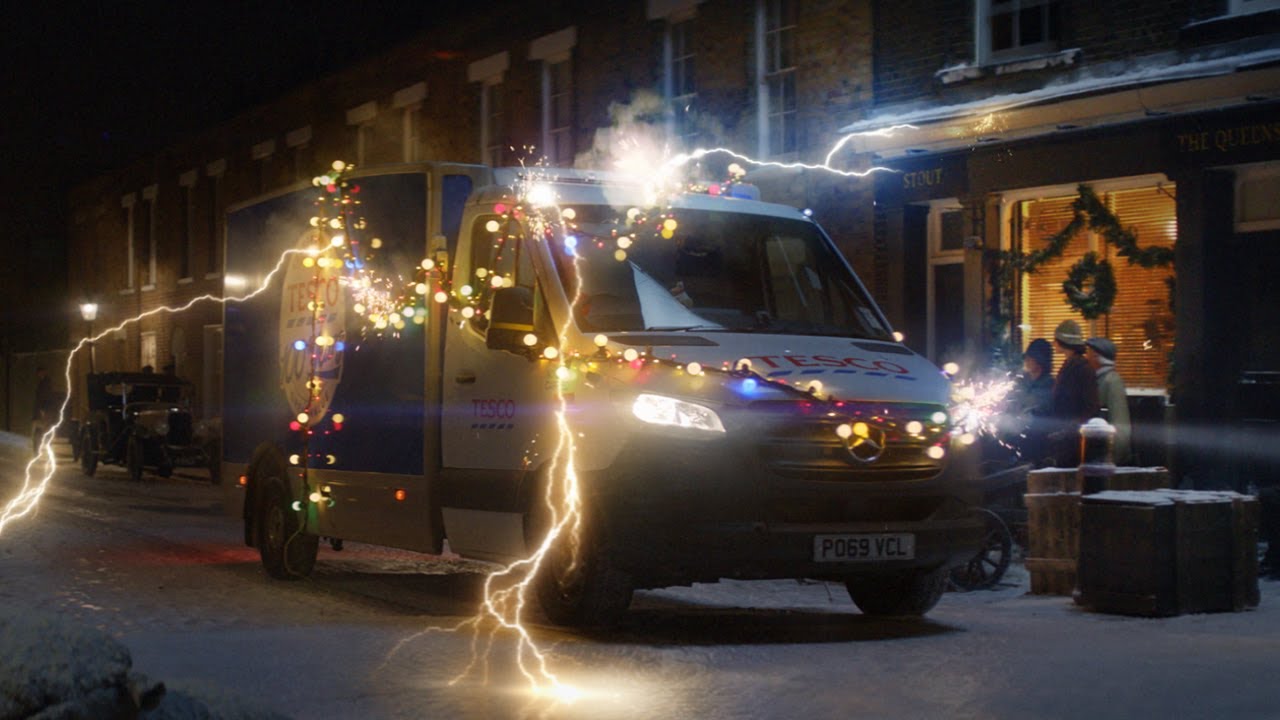 Likewise, Sainsbury’s also played on its humble beginnings to celebrate 150 years of history, with a film depicting Dickensian London – experiencing an average of 83 per cent lift in social engagement in the immediate five mins post each airing on TV.

John Lewis too took a nostalgic approach with ‘Excitable Edgar’, however it generated less social traction and trails 11 percentage points behind Tesco. This year, John Lewis & Partners took a bold step with its first collaborated campaign with Waitrose & Partners. Taking its campaign cross-channel and, in a first, itt created a Snapchat lens, allowing users an Edgar-style makeover.

Aaron Goldman, CMO at 4C, commented: “This year’s ads reflect the simple truth that you don’t need huge budgets to engage deeply with consumers. For Christmas ads to go beyond the initial hype, a multi-screen approach is key. Cross-channel video strategy is something John Lewis & Partners, Lidl, and Coca-Cola in particular have nailed this year, with TV, social, and physical deployment of their content.”

Top 10 Christmas Ads in the UK: 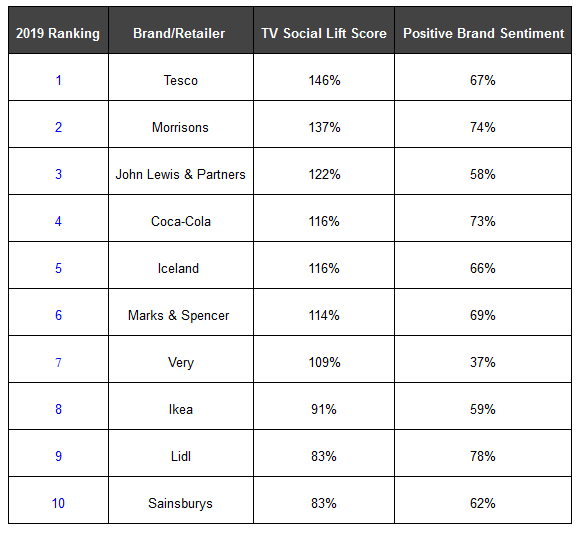 Being authentic and ‘real’ wins hearts and eyes

With economic uncertainty hindering Christmas in the UK and an unsettled retail market, many brands have opted for price and product-led ads.

Goldman continued: “One of my favourite ads of the season, Iceland, also leaned into very current and topical trends by taking advantage of the release of Frozen 2, with the lead characters dotted all over the campaign – naturally playing to the fact that Iceland sell frozen goods. Last year they faced a ban on their ad, playing it safe this year has rewarded the brand with a strong social lift score and sentiment, whilst promoting for Disney the new film as well.”

Despite coming in at number nine for engagement lift post ad airing on TV, Lidl, tops rankings by social sentiment. This is no doubt due to the ‘pun’ campaign strategy it has deployed on social and physical ‘Christmas Crackers’ campaign in close proximity to selected branches of M&S and Waitrose stores. In much the same way as the M&S ‘Must-haves’ ad, grocery businesses have excelled in championing a festive theme across social.

Goldman concluded: “It’s all too easy to focus on how funny or creative an ad is. Among the most inventive, IKEA brought Toy Story-esque household items to life with a grime-based musical score. While this tactic was successful, it doesn’t lead our ranking. Our artificial intelligence gauges consumer behaviours by measuring tangible actions driven by ads. This approach gives a more complete picture of whether campaigns are effectively resonating across channels and ultimately will lead to sales.”