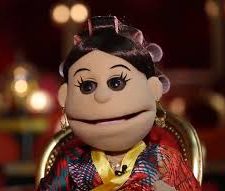 Netflix has announced a collaboration with satirical puppet character Abla Fahita to produce its second Egyptian original series. Scheduled for release in 2020, Fahita’s debut on Netflix will be produced by OKWRD production in cooperation with ASAP Productions & EP  Amin El Masri.

The series will follow the adventures of Fahita after becoming one of the leading stars in the Arab World, her life turns upside down when she finds herself being chased by the law and society. This will be Fahita’s first attempt at acting in a scripted series, having entertained millions of audiences on television before.

Ahmed Sharkawi, Director of International Originals, Netflix said: “We are very excited to be collaborating with Abla Fahita, one of the most prominent comedians in Egypt and the wider Arab region. We are looking forward to working with Abla Fahita in order to bring our Arab and international audience a fun innovative series full of laughter and excitement.”