Warner Bros debuts In the Heights trailer on TikTok

Warner Bros Pictures has partnered with short-form video platform TikTok on the global trailer debut for In the Heights, which fuses Lin-Manuel Miranda’s music and lyrics with Jon M. Chu’s singular direction. The film is slated for worldwide release beginning June 24th 2020 and in the US on June 26th.

TikTok’s partnership with the studio allowed users to view the trailer exclusively on the platform before the rest of the world.

Andrew Hotz, EVP of Worldwide Digital Marketing, commented: “People around the world are going to TikTok every day to celebrate their creativity, culture and music. I couldn’t think of a better platform to launch the In the Heights trailer than TikTok. With our incredibly inventive and willing talent, we were able to light up TikTok and inspire its users with the sights and sounds of Washington Heights.” 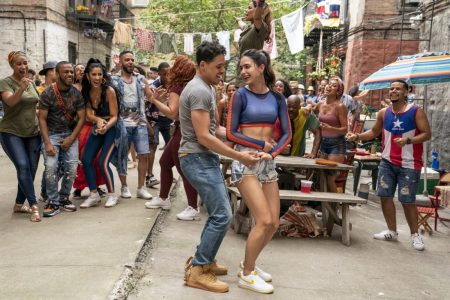 One day prior to the “In the Heights” TikTok trailer debut, influencers from the networking site took part in an all-day immersive experience that allowed the TikTok community to engage not only with the Washington Heights community, but also the energetic movie, its filmmakers and the multi-generational talent. The day included: breakfast in the landmark neighborhood spot, El Floridita, with decades-long resident and activist Luis Miranda, who presented an insiders’ overview to the kinetic neighborhood; an interview with acclaimed director Jon M. Chu; an opportunity to create content with cast members Anthony Ramos, Corey Hawkins, Leslie Grace, Melissa Barrera, Daphne Rubin-Vega, Stephanie Beatriz, Dascha Polanco and Jimmy Smits; opportunity to collaborate with the film’s award-winning choreographer Christopher Scott; a meet-up with Broadway legend Lin-Manuel Miranda inside TikTok’s especially-created bodega set; and an exclusive evening block party, where the trailer debut received such an overwhelmingly positive response that it was shown to the packed house twice. In addition, In the Heights cast members launched their own TikTok handles, with some creating videos with the select influencers.

In tandem with the global launch, the film’s cast took over TikTok’s Instagram handle to celebrate the debut and introduce themselves to TikTok at-large.