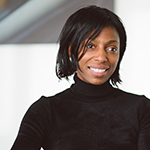 Sharon White, the former head of the UK media regulator Ofcom, has been recognised on the New Year Honours list.

White headed Ofcom for four years, during which time she oversaw the regulator taking on more responsibilities. She was made a Dame for her “public service” at Ofcom.

White said she was “very grateful” for the award and paid tribute to her former colleagues.

“This is really a recognition of the hard work and dedication of my colleagues at Ofcom,” she said in a statement.