Anthem Sports & Entertainment, the global multiplatform media company, is enhancing its growing footprint in the UK and Ireland by adding a weekly block of music and entertainment programming from its recently acquired US cable network AXS TV to its offering on UK channel Showcase TV.

Popular programmes Rock & Roll Road Trip with Sammy Hagar, Tom Green Live and The Top Ten Revealed will air from 7-9pm on Wednesday and Friday nights on Showcase, which can be found on Sky channel 192, Freesat channel 161 and online via TVPlayer

Showcase is also the home of Fight Network UK – the UK and Ireland’s only TV channel dedicated to wrestling, MMA, boxing and all combat sport – which airs from 9pm every Wednesday-Sunday.

Rock & Roll Road Trip with Sammy Hagar sees Hagar guide viewers on an intimate journey celebrating all things rock n’ roll. Throughout the series, Hagar travels to the homes of some of rock’s biggest personalities and best-loved artists – interviewing them, jamming with them and exploring their favourite haunts. 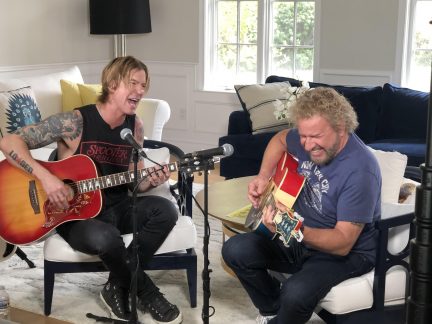 The Top Ten Revealed is an all-new and original countdown show, hosted and by Katie Daryl, who orchestrates discussions with a rotating panel of music icons and experts producing an insightful conversation examining the musicians and the music who have left an indelible mark on the rock n’ roll scene.