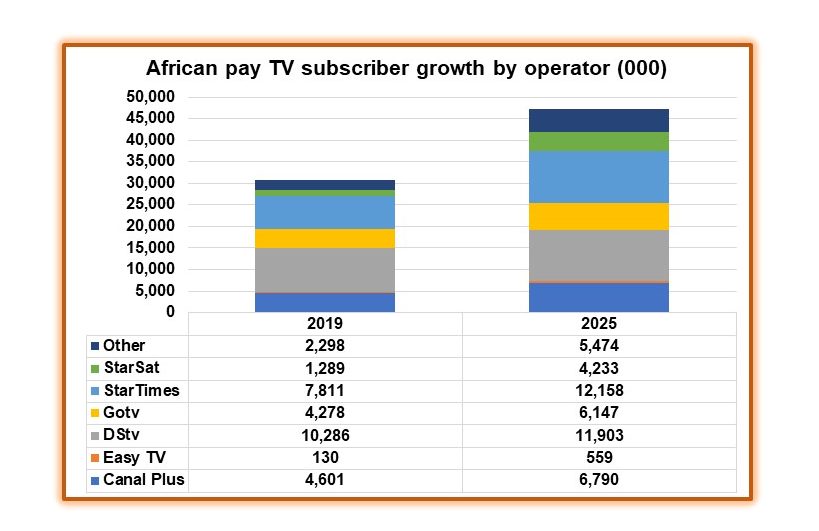 Three groups accounted for 93 per cent of Sub-Saharan Africa’s pay TV subscribers in 2019 – although this proportion will fall to 88 per cent by 2025. Each of the three main groups provides a satellite TV platform and a pay DTT platform.

Multichoice had 14.56 million subs across satellite TV platform DStv and DTT platform GOtv by end-2019. This total will grow to 18.05 million by 2025, with a marked slowdown in satellite TV growth.

France’s Vivendi had 4.73 million subs to its Canal Plus satellite TV platform and Easy TV DTT platforms by end-2019. Its total will climb to 7.35 million by 2025.