Tony Hall is leaving as director general of the BBC in the summer, after seven years in the role.

Lord Hall said it had been “a hard decision”, adding: “If I followed my heart I would genuinely never want to leave”. He said he felt it was important the BBC had the same leader for the BBC’s mid-term review in 2022 and the renewal of its charter in 2027.

Hall had spent a lot of his career at the BBC – he is credited with its successful response to the advent of breakfast TV on commercial television. He left after losing out on the DG spot to become CEO of the Royal Opera House but returned in 2013 to take the top job.

At 69 years-old, Hall feels he should step aside so that the same person can fight the BBC’s corner in upcoming mid charter review and in the seminal 2027 charter renewal. Many observers, including some in the BBC, believe a new funding model will be required as the new on-demand environment will not support a tax on devices for a service that tries to serve all audiences across all platforms.

The Chairman of the BBC, Sir David Clementi, commented: “Tony Hall is an inspirational creative leader, within the UK and around the globe, and the BBC has been lucky to have him as our Director-General for the last seven years. Tony has led the BBC with integrity and a passion for our values that is obvious to everyone who meets him. His reforms have shaped the BBC for the future and he will leave the BBC in the summer with our gratitude and our very best wishes.

“Responsibility for appointing his successor lies with the BBC Board. Within the next few weeks we will publish a job description and advertise the job, seeking candidates within the Corporation and externally. We are committed to selecting the best qualified person for the job”, he added. 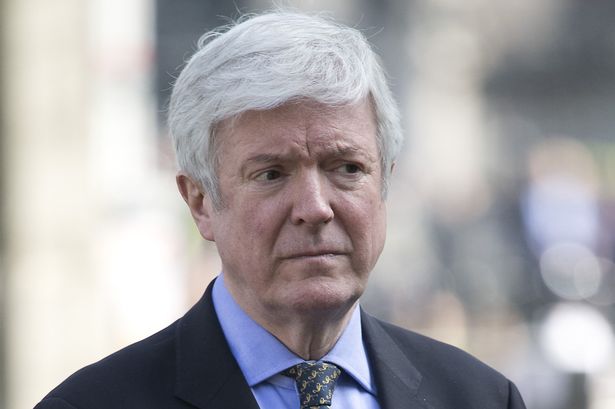 In a message to all BBC staff, Hall said:

First of all, thank you for all your comments and feedback since I spoke to you from Cardiff last week. It was really important to me to set a clear direction for us, as well as celebrating some of the outstanding work you’re doing.

My reason for writing is however more personal. I wanted you to be the first to know that I will give my all to this organisation for the next six months, as I have done these last seven years. But in the summer I’ll step down as your Director-General.

It’s been such a hard decision for me. I love the BBC. I’m passionate about our values and the role we have in our country – and what we do globally too.

If I followed my heart I would genuinely never want to leave. However, I believe that an important part of leadership is putting the interests of the organisation first. The BBC has an eleven-year Charter – our mission is secure until 2027. But we also have a mid-term review process for the spring of 2022. As I said last week, we have to develop our ideas for both. And it must be right that the BBC has one person to lead it through both stages.

Over the next six months my priority, as always, will be to champion this great organisation and continue to direct our re-invention. There’s so much we can do to transform the creative industries around the UK still further and to project this country’s talent and ideas to the world.

Our Chairman, David Clementi, will begin the search for my successor and he’ll let you know how that will work shortly.

We’ll have plenty of time to talk in the months ahead but I’d like to share three thoughts with you today.

First, thanks to you and your great work I believe I’ll be leaving the BBC in a much stronger place than when I joined. It feels a very different organisation – more innovative; more open; more inclusive; more efficient; more commercially aware. And a BBC that’s on cracking creative form. You all have my thanks and admiration for the part you’ve played in that success.

Change has been tough at times – and, of course, there’s still more to do. But I believe our recent record of transformation stands comparison with virtually any other creative organisation in the world.

Second, without question, our values have never been more relevant to the society we live in. As our country enters its next chapter it needs a strong BBC, a BBC that can champion the nation’s creativity at home and abroad, and help play its part in bringing the UK together. In an era of fake news, we remain the gold standard of impartiality and truth. What the BBC is, and what it stands for, is precious for this country. We ignore that at our peril.

Finally, we must and can never stand still. We have to keep adapting, reforming and leading. Our values are timeless but the need for constant change is ever-present. The BBC has changed hugely in recent years – and that’s going to continue. We have to embrace the opportunities it brings.

We’ll be working flat out, across the Executive Committee, to implement the priorities I talked to you about last week, and to demonstrate why public service broadcasting – with the BBC at its heart – is an eternal idea.