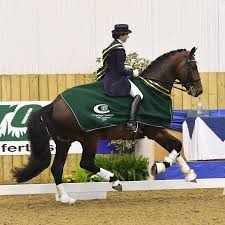 Fans of equestrian sports in the US and Canada will now have access to top competition livestreams from home and abroad, as well as exclusive training and educational shows, entertainment and documentary series. Of 20 million regular riders worldwide, 5.6 million are in the US and Canada, where the equestrian sector (excluding racing), contributes $50 billion a year to US GDP.

EQSN provides more than 100 days of live and on-demand coverage of some of the top competitions in North America, including the USHJA International Hunter Derby Championship, the Pennsylvania National Horse Show, the Great Meadow International Three-Day Event, and the National Collegiate Equestrian Association Championships.

In addition to live sports programming, EQSN subscribers will now also have access to H&C’s extensive library of more than 1,200 hours of quality equestrian content, and live streams from around the world. H&C currently brings viewers live coverage of events including the Rolex Grand Slam of Showjumping, the Longines Lumühlen Horse Trials, and the London International Horse Show from Olympia.

H&C is available on more than 30 platforms worldwide, including web and mobile, Roku, Apple TV, Android TV, Amazon Fire, Amazon Prime Video in the UK and Germany, and a variety of pay-TV broadcast platforms in Europe. Heather Killen, CEO of H&C, said: “Teaming up with EQ Sports Net represents an opportunity for H&C to deepen its commitment to the North American market, in conjunction with the best production outfit in the sport today. We believe that

EQSN CEO and Co-founder, David Qualls, said: “Now our subscribers will be able to enjoy a 24/7 linear network in addition to top quality equestrian and lifestyle programming between live events. H&C’s international reach benefits our event organizer partners too, bringing their shows to new audiences in Europe and around the world. We look forward to working as part of the H&C team to expand our roster of shows and other specialty content.”