Ofcom has revealed the latest league tables on the complaints it receives about the UK’s major home broadband, mobile and pay-TV firms.

The quarterly report reveals the number of complaints made to the media watchdog between July and September last year, about firms that provide home broadband, pay-monthly mobile and pay-TV. The report includes all providers with a market share over 1.5 per cent.

Overall, there was a small increase in the relative number of complaints received compared to last quarter. 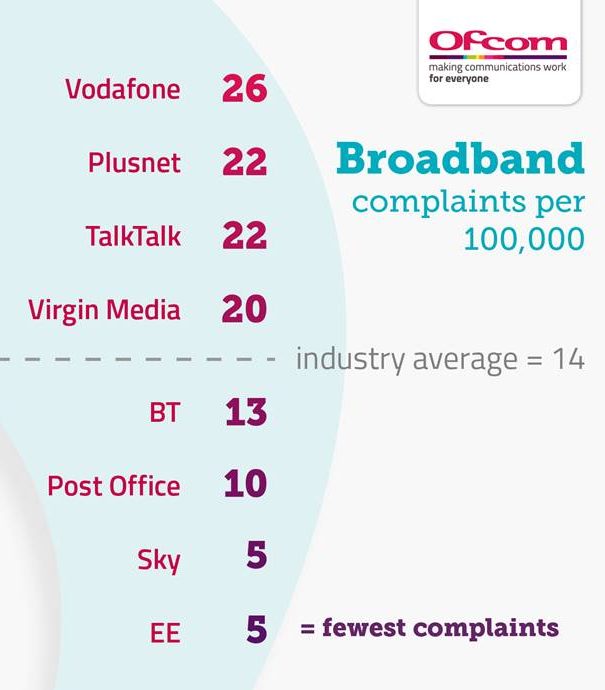 Virgin Media remained the most complained-about pay-TV provider, with handling of complaints being the primary reason. Sky continued to attract the least complaints for pay-TV. 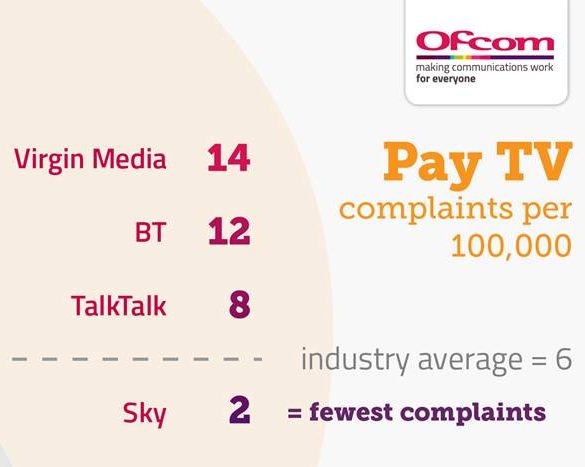 Fergal Farragher, Ofcom’s Director of Consumer Policy, said: “People have never had more choice in the phone and broadband markets. It’s also never been easier to switch your service. So companies that don’t prioritise great service could see customers leaving them for ones that do.”