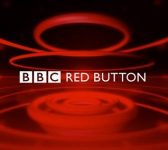 The BBC has responded to protests and suspended the closure of its red button text service just one day before it was due to start being phased out.

The news comes after a petition, organised by the National Federation of the Blind of the UK, was handed in to the BBC and Downing Street earlier this week.

The service was due to have been closed over the next few weeks.

Damian Collins MP tweeted a letter from BBC director general Tony Hall which stated he would now make a decision on the future of red button services in the spring.