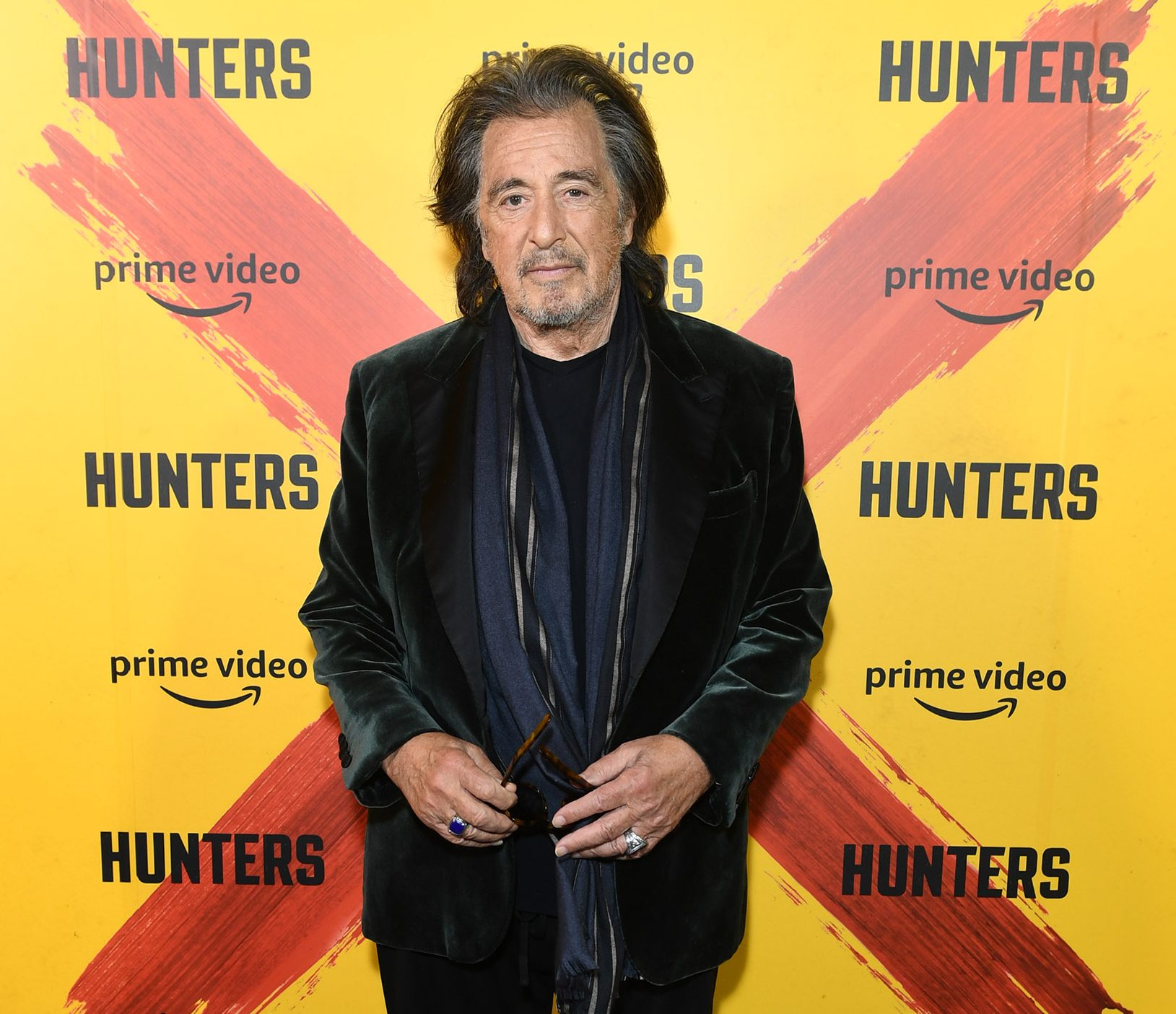 Amazon Prime Video premiered Hunters, its latest original series, at an event in Soho, London on February 4th. A 90 second Super Bowl ad spot for the series (at an estimated cost of $13.5 millon) that aired this past weekend suggests the streaming platform has sky-high expectations for the Nazi spy drama, which boasts Jordan Peele as an executive producer.

Star of the series, and Hollywood royalty, Al Pacino took to the stage at Curzon Soho – along with a number of other cast members and show-runners – to explain what drew him to the show, and how he feels acting in TV series is now more akin to what acting in movies used to be like.

Hunters marks the first time Pacino has worked in TV in over 15 years (since starring in HBO mini-series Angels in America) – but it’s becoming more and more commonplace to see stars once exclusively reserved for the silver screen appear in TV productions. When quizzed on what he perceives as the main differences between working in TV and film, Pacino responded: “It’s different and it’s similar. Where it’s different is that you get to do something over a long period of time, and in today’s world we don’t have the opportunity to rehearse as much as we used to […] with these people, my colleagues here, we got to know each other and as time went on, you’re forming a troupe in a way, so your relationships with them are getting closer, so it becomes a team and a kind of collective – which I really believe in, I always have.”

“In film sometimes, you gotta really find a way to connect with the people you’re working with, and you do it in various ways, you try to go out when you can [for example], because rehearsals are gone. You just can’t do a film that rehearses any more. If you’ve got one, let me know! It’s a luxury […] In the old days, when I did films with Sidney Lumet and Coppolla and all, we rehearsed for 2 weeks on a film so you got a chance to understand your role in another way; go further; take more chances. But we would do that [with Hunters]. We had this feeling and it was wonderful. We were together for months.”

“A film is you’re doing something in 2 hours, and here you’re doing something in like 12 hours. It’s a 12 hour film […] and when you’re doing 12 hours it’s so interesting because it helps each thing, you need these little respites in each episode, and every episode clicks […] this show is so eccentric, it’s eclectic, it goes from one thing to another, you never know where you are. The unpredictably of it is so strange sometimes. It reminds me of the old days when we had the Live In Theater at New York City, we’re seeing things for the first time. We were experimenting and trying different things – so I’m a bit partial to it,” Pacino added.

Speaking on what drew him to the project, and his character (Meyer), Pacino said: “When I first read the script I thought this something I can do, this is something I can get into. […] You like to have a character that is unpredictable – that can go either way – who is tricky and has their own world and I think that’s what I was supplied with [by the creators] because they gave me the past of Meyer and that past is very interesting. It’s great. Anyone who sees the entire series would know … but I can’t give it away.”

Pacino, along with an all-star cast that also features Logan Lerman, Carol Kane, Jerrika Hinton and Dylan Baker, can be seen in Hunters exclusively on the Prime Video streaming service from February 21st.