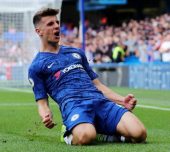 The Premier League is planning to sell content overseas via a Netflix-style service, Richard Masters, its new chief executive, has revealed.

Masters confirmed that the Premier League had already considered launching its own digital service – streaming live games and other content directly – in some countries during the TV bidding process for the 2019-22 seasons. He said such a service which would allow the Premier League to charge directly for a “Premflix”channel rather than sell the rights to TV companies – was on the table for the 2022-25 seasons.

“During the last process we spent quite a lot of time and invested a lot of recourse in building out our expertise and capacity in direct-to-consumer,” said Masters, speaking to UK media. “We considered whether it would be the right time to test a few markets and decided not to. But we are going to continue for the planning phase in the next commercial term to build out those capabilities.”

“We were ready last time and we will be ready next time should the opportunity arise. I’m not saying it will happen in the next cycle, or when it will happen, but eventually the Premier League will move to a mix of direct-to-consumer and media rights sales,” he added.

“There is risk associated with it,” Masters admitted. “Sports competitions like the Premier League have been successful in seeking partnerships with established broadcasters and having to secure funding as its model. Secured licensed revenue and direct-to-consumer revenue are entirely different strategies – the transition from one to the other, if and when it ever happens, would be a big moment.”