Mentions had been boostedlast year  by British treasure Olivia Colman’s win for Lead Actress. This year, Korean film Parasite (pictured) was the darling, earning dramatically more buzz than any other contender in the UK with mentions of the film and its Director Bong Joon Ho. The film, produced by Kwak Sin Ae, made history as the first non-English film to win the Best Picture Oscar, alongside three other Oscars. Parasite also earned the most buzz in the UK, with nearly 20,000 mentions.

Brandwatch and Hootsuite had both published their predictions ahead of the Oscars, finding that based on social buzz, Parasite would win the Best Picture award, Joaquin Phoenix the Best Actor and Cynthia Erivo would win the Best Actress award. These predictions were based on Global data. Had mentions been limited to UK social media, all three predictions would have been spot on, as Renee Zellweger pipped Cynthia Erivo to the top spot, earning 3.6k mentions compared to 3.4k. 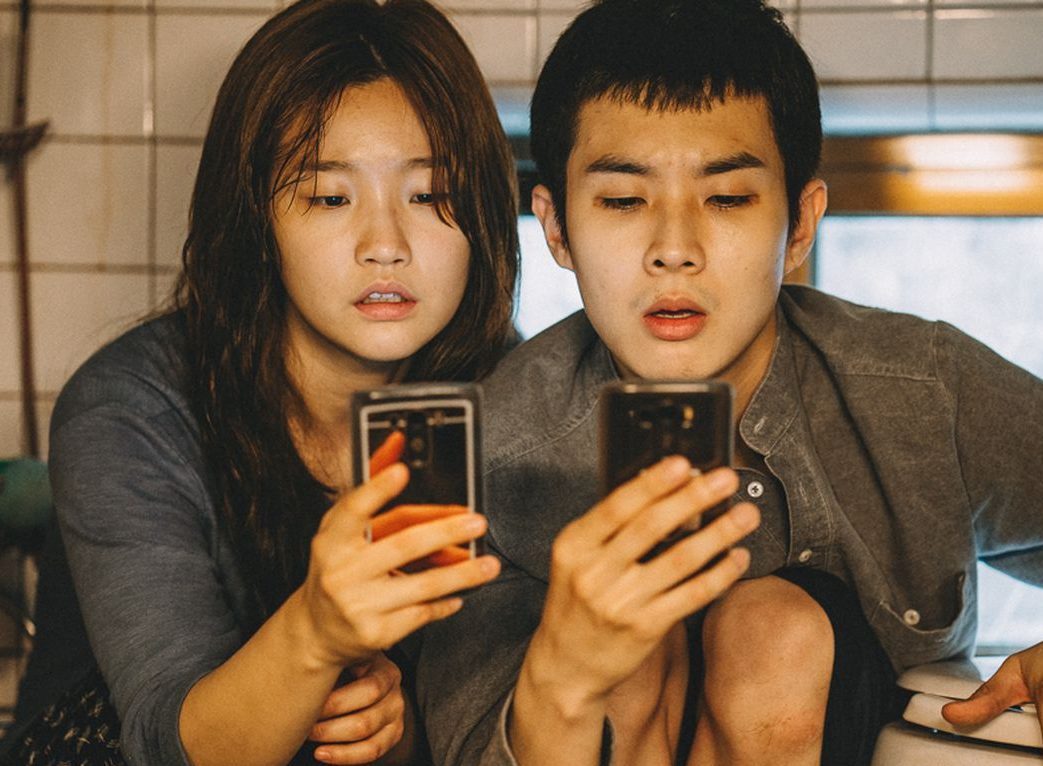 There appears to be a gender divide in the way the stars are discussed. Only 20 per cent of mentions for Oscar winners Joaquin Phoenix and Brad Pitt were in posts which also mention one of their fellow nominees. For their counterparts Renée Zellweger and Laura Dern, the percentages were 50 per cent and 35 per cent respectively.

On the other hand, when looking at nominees who did not win, women score a higher number of mentions compared to men. This is the likely result of fashion-engaged Twitter users in the UK commenting on nominees’ outfits on the red carpet.

Natalie Portman caused a stir when she appeared on the red carpet wearing a Dior cape embroidered with the names of all the female filmmakers who didn’t earn Oscar nominations. In a video viewed over 10.4 million times on Twitter, Portman explained that “[she] wanted to recognise the women who were not recognised for their incredible work this year in my subtle way.”

Scarlett Johansson earned little support in the UK. Despite being nominated in both the Lead Actress and Best Supporting Actress categories, she only generated 2,000 mentions on UK social media. Internationally, trending topics suggests that many were surprised and disappointed that Johansson failed to win even one of the Oscars. However, this wasn’t reflected in the British audience. Many tweets were critical of the Academy, having nominated Johansson twice but failing to recognise any women of colour.

The UK audience watching and engaging with the Oscars in the immediate hours surrounding the ceremony showed a clear strong support for social justice issues, with their celebration of foreign cinema, support for women and people of colour in the film industry. Whilst the Academy is often criticised for its slow recognition of changes in society, the UK audience seemed ready to champion a more diverse representation of society through the Oscars.

Mark Inskip, CEO of Kantar Media UK & Ireland, commented: “The buzz amongst the UK’s social media users for the key categories at this year’s Oscars was spot on in reflecting the winners. But what seems to generate the most buzz is not the straightforward championing of favourite movies and actors, but instead the broader issues behind the glitz. That has been particularly in evidence this year, with much discussion on social media around sufficient representation of people of colour and women, as well as support for foreign cinema”.