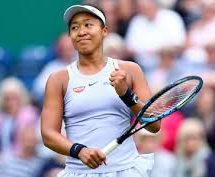 Netflix has announced that an untitled Naomi Osaka documentary series – in association with sports media group Uninterrupted and produced by Film 45 – is coming to the streaming platform.

The series will take viewers on a journey with the multiple Grand Slam Champion, Osaka, who became the first Asian player to reach the number 1 singles ranking after winning her first Grand Slam at the US Open in 2018 and second at the Australian Open in 2019.

The series will cover Osaka’s pivotal year, from the US Open in August 2019 and on tour with the tennis star as she plays in each of the Grand Slams and prepares for the 2020 Tokyo Olympics.

“To be able to tell my story and let people in during this big year, working with a team that really understands me, has been a rewarding experience. It won’t look like a traditional sports documentary, and I’m so excited to share it with everyone,” commented Osaka

The series is directed by Garrett Bradley who has been recognised with numerous awards. Her short film, Alone, made with The New York Times OpDocs, was shortlisted for an Academy Award. At Sundance 2020, Bradley won Best Director for her US documentary feature in competition TIME.