Sky has announced its largest ever slate of programming for 2020, alongside the commission of 10 new Sky original programmes in drama, comedy and entertainment, as it seeks to combat the rise in SVoD players such as Netflix and Disney+.

The news was unveiled at Sky’s Up Next showcase event in London, where the pay-TV broadcaster shared exclusive previews of new shows due to air this year, with over 25 talent on stage including David Schwimmer, Maisie Williams, Billie Piper, Rob Brydon and Steve Coogan.

Some 80 original series will hit Sky screens in 2020, an increase of 25 per cet year-on-year from 2019, together with a 40 per cent boost in the volume of programming from the US. This is alongside aggregated content from its partnerships with Netflix, BBC, Channel 4 and Channel 5, offering customers all the best TV in one seamless service.

Jeremy Darroch, Sky CEO, said: “2020 is going to be the best year yet for content on Sky – we have over 80 original series and 40 per cent more US shows, we have new channels like Sky Comedy, Sky Nature and Sky Documentaries launching and we are announcing ten new commissions. In an increasingly competitive market, we keep pushing to give our customers what they want, all the best TV, all in one place.”

Zai Bennett, Sky’s Managing Director of Content, added: “In a world where there are more hours of content than ever, we want to make sure that we’re offering our customers the most high-end, engaging TV that quite simply blows them away. We’re creating and investing in our own world-class original content that sits perfectly alongside the best from the US. This year we’ll be making more of our customers’ favourite shows than ever before.” 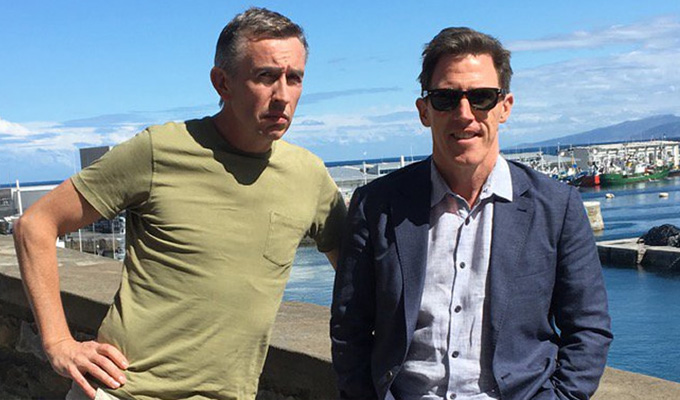 Among the raft of new original programming announced are:

This new programming adds to the breadth of Sky original series which are already due to air on Sky in 2020, including The Third Day, Billie Piper’s I Hate Suzie and The Trip to Greece.