Sky has launched two new sports packages that combine Sky Sports and BT Sport channels for the first time on Sky TV, bringing together major tournaments from across the sporting world.

The three new sports packages are available from today, exclusively on Sky TV:

Sports fans can enjoy a feast of football fixtures from the Premier League, Champions League, Scottish Premiership, FA Cup, and the Europa League; all the action from F1 around the world; every tee off and putt from all four golf majors, and every wicket from every England home Test, ODI, T20 and the ICC Women’s and Men’s T20 World Cup. Fans will also be able to enjoy Gallagher Premiership Rugby, UFC and MotoGP. Plus, customers can access all the best entertainment, TV and movies. 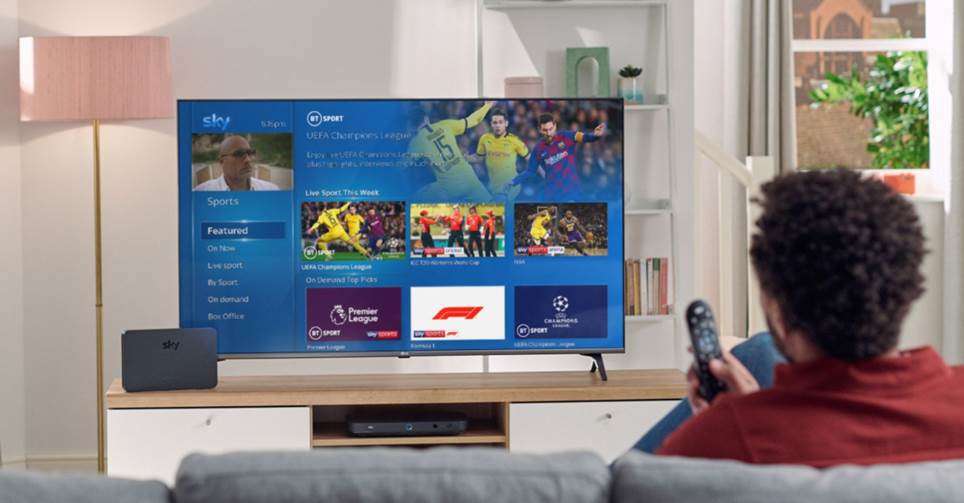 Lyssa McGowan, Chief Consumer Officer, Sky said: “Our customers have always loved sport and we’re delighted to now be able to offer them even more. From the excitement of the UEFA Champions League, Tiger Woods defending The Masters and the rise of Fallon Sherrock, 2020 is a huge year of sport. Now, through our partnership with BT and the launch of our new sports packages, millions of fans can watch all the sports they love.”

Jim White, Sky Sports presenter, added: “It might not be January 31st but what a great signing for Sky Sports customers. More sport, whenever you want it, all in one place.”

The deal is the latest in a series of content partnerships for Sky, with the BBC, Channel 4, Channel 5, Netflix and Warner Media all entering into new agreements.

NOW TV customers will soon be able to watch BT Sport on their NOW TV Smart Stick or NOW TV Smart Box with Voice Search, when the BT Sport app launches in the app store this spring.