Stranger Things, the Netflix nostalgia-tinged, sci-fi series that has become nothing short of a cultural phenomenon, ended its third season with a number of loose ends and cliffhangers.

At Comic Con Liverpool on March 7th, actor David Harbour, who plays the Chief of Police Jim Hopper in the show, took to the stage to discuss some of the things that are in-store for his character – now that season 4 teasers have confirmed that Hopper is very much still alive. 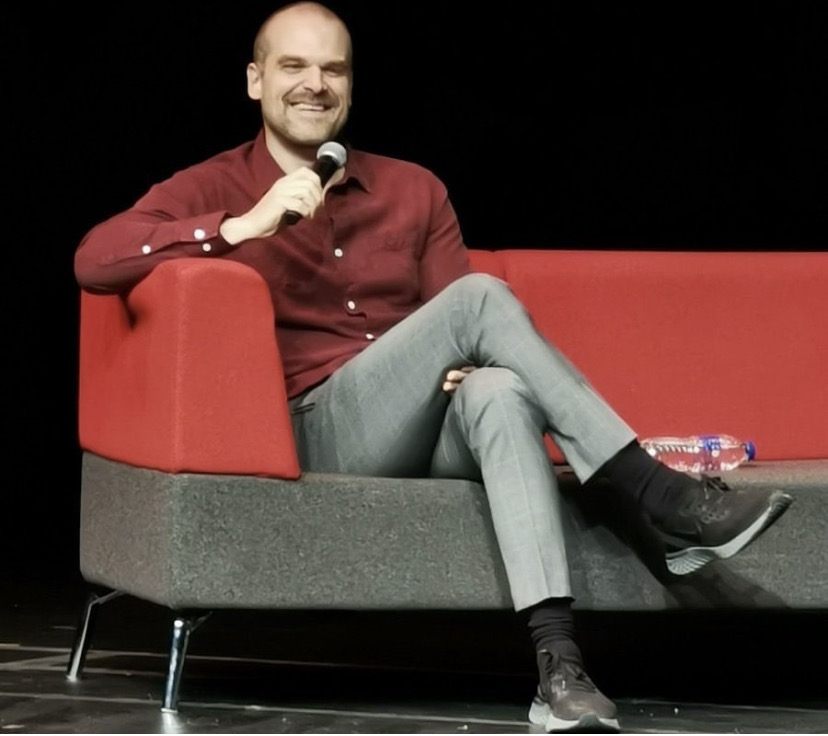 “Yeah Hopper dies at the end of season 3 and then he’s resurrected in season 4 […] I did know he had to make a huge sacrifice. One of the great things about the writers and one of the great things about the show itself is that it has this sort of earnest morality behind it and I think that Hopper as a character had to die [… but he] will come back as a different human-being with a different perspective and that’s the exciting thing moving into season 4 and whatever might be beyond. We’re gonna see the Hopper that we love, but in a different way.”

“In season 2,” replied Harbour, “Eleven goes into the basement of the cabin and there’s 5 boxes, one of which is has stuff from Hawkins lab, one of which says ‘Dad’, one of which says ‘Vietnam’, one says ‘New York’… so there are three things that we’ve established in this scene and if they don’t pay off that means that [The Duffer Brothers] are bad writers […] I know specifically that in season 4 we will give you a big, huge reveal about Hopper’s back story which you’ve sort of sensed in certain ways, but we haven’t really told you about it.”

“I’m so excited about revealing this aspect of the character,” he continued. “It’s one of the things I’ve known since the first frame of the first shot and we haven’t expressed it yet [but] finally I get to express it in a big way, and it’s my favourite thing about him […] and I’m really excited for you to see it, whenever it comes out.”

There is no firm release date for Stranger Things season 4 yet, but Harbour joked it will be some time “in 2050”.

In the video below, Harbour discusses the reasons for the death and resurrection of the Hopper character.