Across the globe people are binge-gaming longer than ever, increasing by seven per cent from 2019 to an average of four hours and 36 minutes, according to the latest State of Online Gaming report from Limelight Networks, a provider of edge cloud services.

The rise of binge-gaming is an even bigger trend among young gamers. This report showed global respondents aged 18-25 binge-play for an average of six hours and 34 minutes a week, 11 per cent longer than one year ago. Japan and the UK had the most gamers who play more than 20 hours each week at 12 per cent and 10 per cent respectively.

These longer binge-gaming sessions can be attributed in part to the rise of anywhere, anytime gaming. Mobile phones are the primary gaming device for worldwide gamers, with the preference for smartphone gaming increasing by 13 per cent from 2019. Mobile phones are also preferred in the UK followed by Gaming consoles. This year’s report identified strong interest in console-less gaming services. Only a third of UK gamers say they would subscribe to a console-less gaming service like Google Stadia, whereas 44 per cent of global respondents say they’re interested in subscribing. 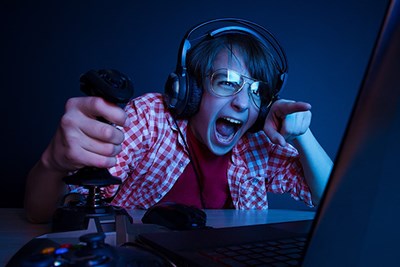 Additional insights from the report include:

“Players are excited about the flexibility of console-less gaming,” said Michael Milligan, Senior Director at Limelight Networks. “As the world of gaming is being redefined, wide adoption depends on low latency solutions that eliminate frustrating performance disruptions and delays. Keeping gamers engaged requires innovative technology that powers real-time, interactive gaming at the edge.”

The State of Online Gaming report is based on responses from 4,500 consumers in France, Germany, India, Italy, Japan, Singapore, South Korea, UK, and the US aged 18 and older who play video games at least once a week.