Hundreds of hours of All 4 comedy, drama and non-scripted programming are now available ad-free to BritBox subscribers. This week will also see the start of a multi-million pound advertising campaign promoting this fresh content, featuring a dedicated sizzle, and an updated brand response advert.

The digital campaign showcases BritBox’s impressive April comedy line-up, as well as highlighting the service’s full range of content partners. The paid digital media approach focuses on clever use of data to drive interaction with the core target audience and maximise greater paid-subscription rates and retention. 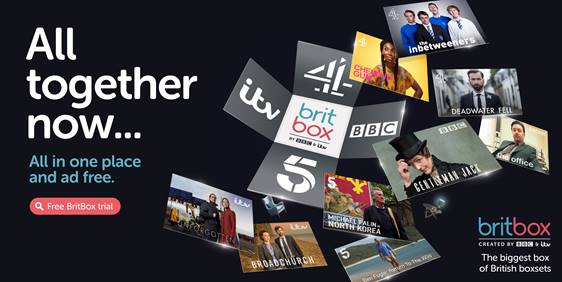 ITV is also optimising owned channels with an on-air plan including promotional airtime, DRTV and BRTV. ITV Hub audience data is being optimised to target comedy  fans on the platform and via CRM.

Furthermore, the campaign includes activity across both paid and organic social, and support from partners EE and Samsung via marketing activity.

Director of Consumer Marketing and former Now TV Marketing Director, Amy Townsend, commented: ‘We are pleased to be able to invest in the industry during such a challenging period to deliver a best-in-class brand and performance marketing campaign. The biggest box of British boxsets just got bigger.’’