Available to download now from the App Store and Google Play, Cartoon Network GameBox provides Cartoon Network fans with all their favourite web games in one free app. From Ben 10 to The Amazing World of Gumball, Apple and Onion and Teen Titans Go!, the catalogue of games available to play range from action and adventure to puzzles, racing, football and more.

Games will be interspersed with animation and tappable on-screen ‘toys’, encouraging kids to explore the environment within the app. In addition to many fan-favourite Cartoon Network games, new games will be added regularly – ensuring a GameBox of limitless fun.

Once installed, Cartoon Network GameBox allows users to ‘like’ and download their favourite games onto their device, so they can play offline even when there’s no Wi-Fi or limited bandwidth. All free with no in-app purchase. 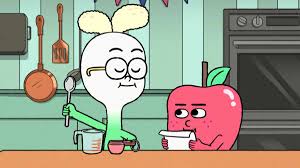 The fun will continue next week with another brand-new app – Cartoon Network’s Party Dash – a quick-paced action game where characters dash through obstacles and enemies. Featuring characters and environments from We Bare Bears, The Amazing World of Gumball and Ben 10, players navigate a never-ending tower where they compete for who can out dash, outwit and ultimately survive the longest whilst dodging tower traps, dashing through enemies, and collecting items and treasure.

The game will be available for free on April 9th from the App Store and Google Play.