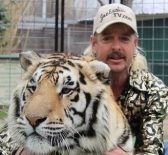 Netflix has a higher market value than oil giant ExxonMobil, as the streaming platform continues to benefit from increased viewership during coronavirus lockdowns around the globe.

Netflix, which has more than 160 million subscribers, has been boosted by the success of original content released after lockdown measures were imposed around the world, such as docu-series Tiger King and the third season of crime-drama Ozark.

Rivals such as Amazon Prime Video and Disney+ have also benefited seen sharp rises in new users. Disney+ only launched in the UK and other western European markets in February, and has already doubled its global subscriber base to 50 million, whilst Prime has seen its customer base rise to 118 million, according to Wall Street estimates.