Facebook has launched a new, live streaming app in a bid to take on the likes of video game streaming platform Twitch.

The coronavirus lockdown has led to an increase in popularity for gaming, giving live streamers a much larger audience to entertain and keep invested. As such, Facebook decided to release the app earlier than the initial planned June launch.

The free app, called Facebook Gaming, is available immediately and features no advertss. It’s currently only on Android devices, but Facebook is seeking Apple’s approval to launch it on iOS devices in the coming days. 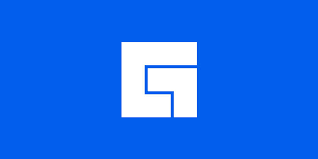 There are a lot of people who listen to music and say, ‘I can imagine myself being a musician,’’ commented Vivek Sharma, Facebook’s vice president for gaming. ‘People are watching streams and they’re like, ‘I want to be a streamer,’ and with ‘Go Live’ it’s literally just a few clicks and then live, you’re a streamer.’

The app will also come with some games of its own and users will be able to share their livestreams via their personal Facebook profiles. In order to keep the app ad-free, Facebook will monetise it via donations that viewers can give to streamers they enjoy watching.